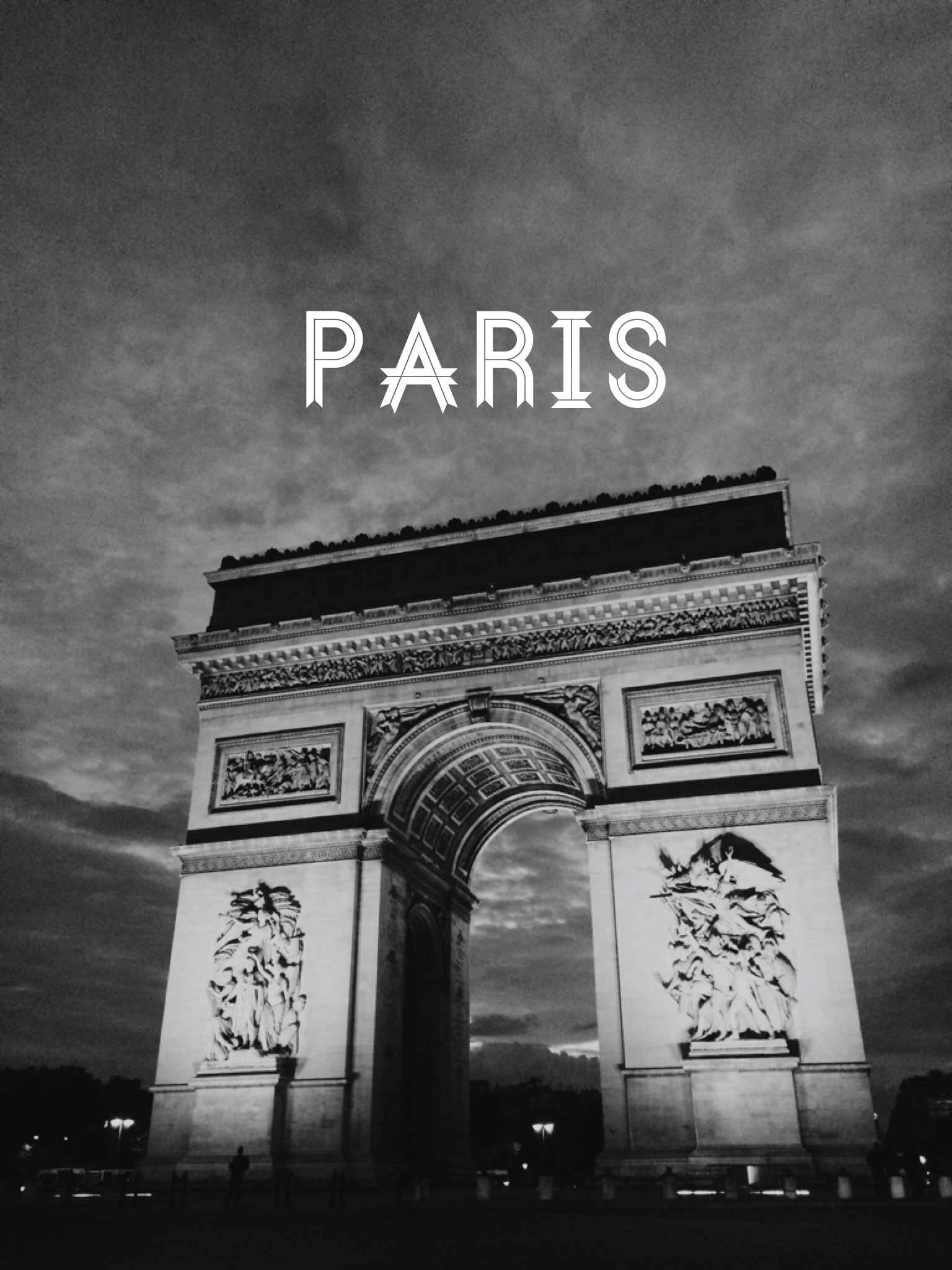 Summer in Paris. Where to even start?

Well, I’ll tell you one thing right off the bat: 6 days in the City of Light doesn’t even scratch the surface. It’s overwhelming just how many restaurants, shops, sites and activities Paris offers — which is why Laren and I decided to take it slow and make plans on the whim. Planning out the trip felt too exhausting. But waking up whenever we felt like it, doing whatever we pleased based on how we were feeling at the time — well that felt awesome. So truly, we had no itinerary or schedule. We simply wanted to discover what Paris had to offer, take it all in slowly and see what happened. And I’m so glad we did! There were unexpected surprises around every corner, street cafes that we’d never heard of that offered some of the best meals. We got lost on multiple occasions and it was okay. After all, we had nowhere to be. It was perfect.

Our first full day in Paris, I remember opening the curtains at Mama Shelter and becoming so immediately excited about what the days ahead of us held. And just as I guessed, my expectations were far-exceeded. We woke up to the most delicious coffee and chocolate croissants I’ve ever had and then hopped on The Metro to explore. We stopped for the cutest outdoor lunch in the gardens near The Louvre to people-watch. After lunch, we decided to go for a long walk and take it all in; we strolled past The Seine River, stopped to admire flower shops and walls overgrown with ivy, admired all the beautiful architecture and then headed to see the Eiffel Tower in all its glory. 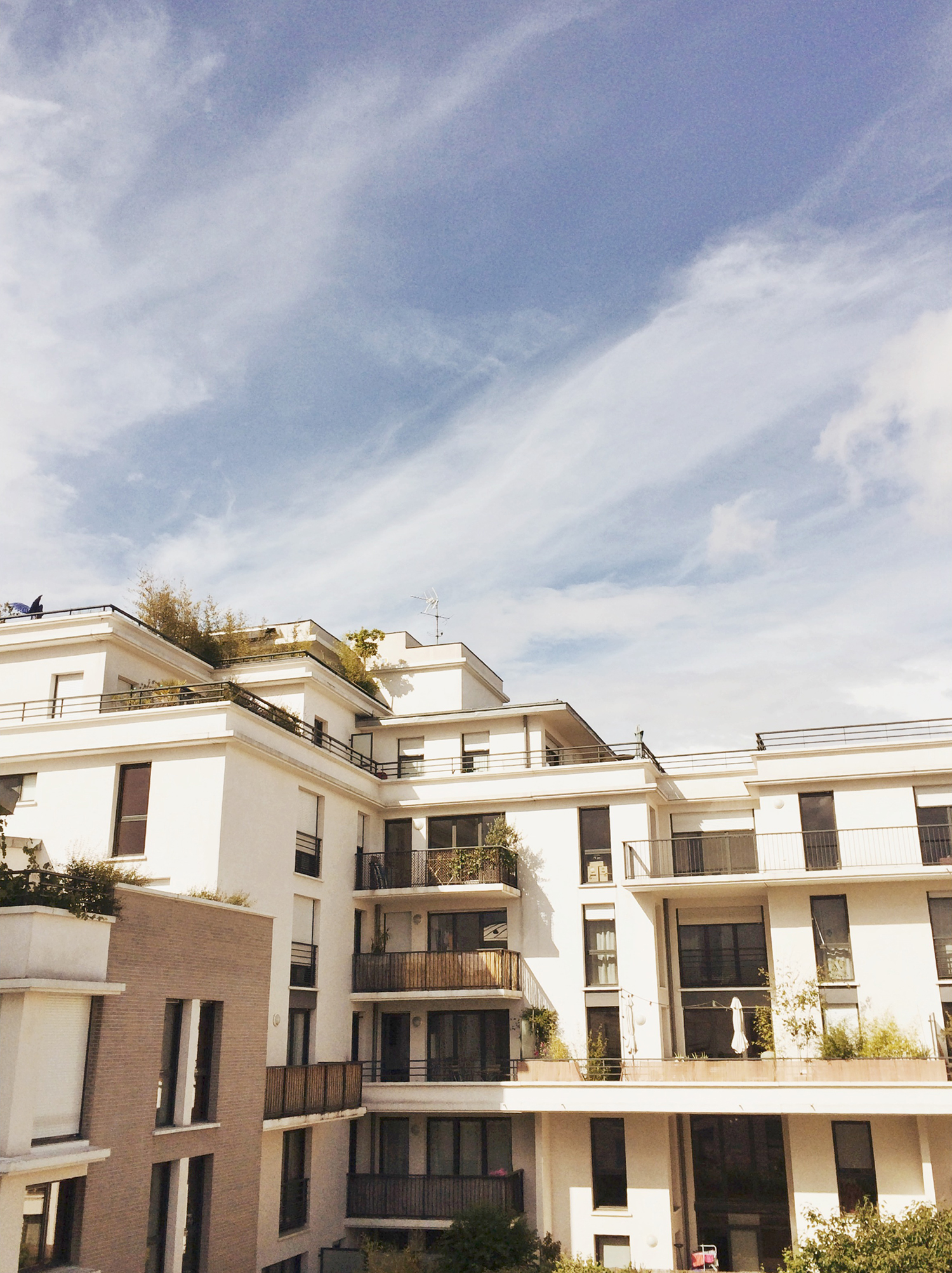 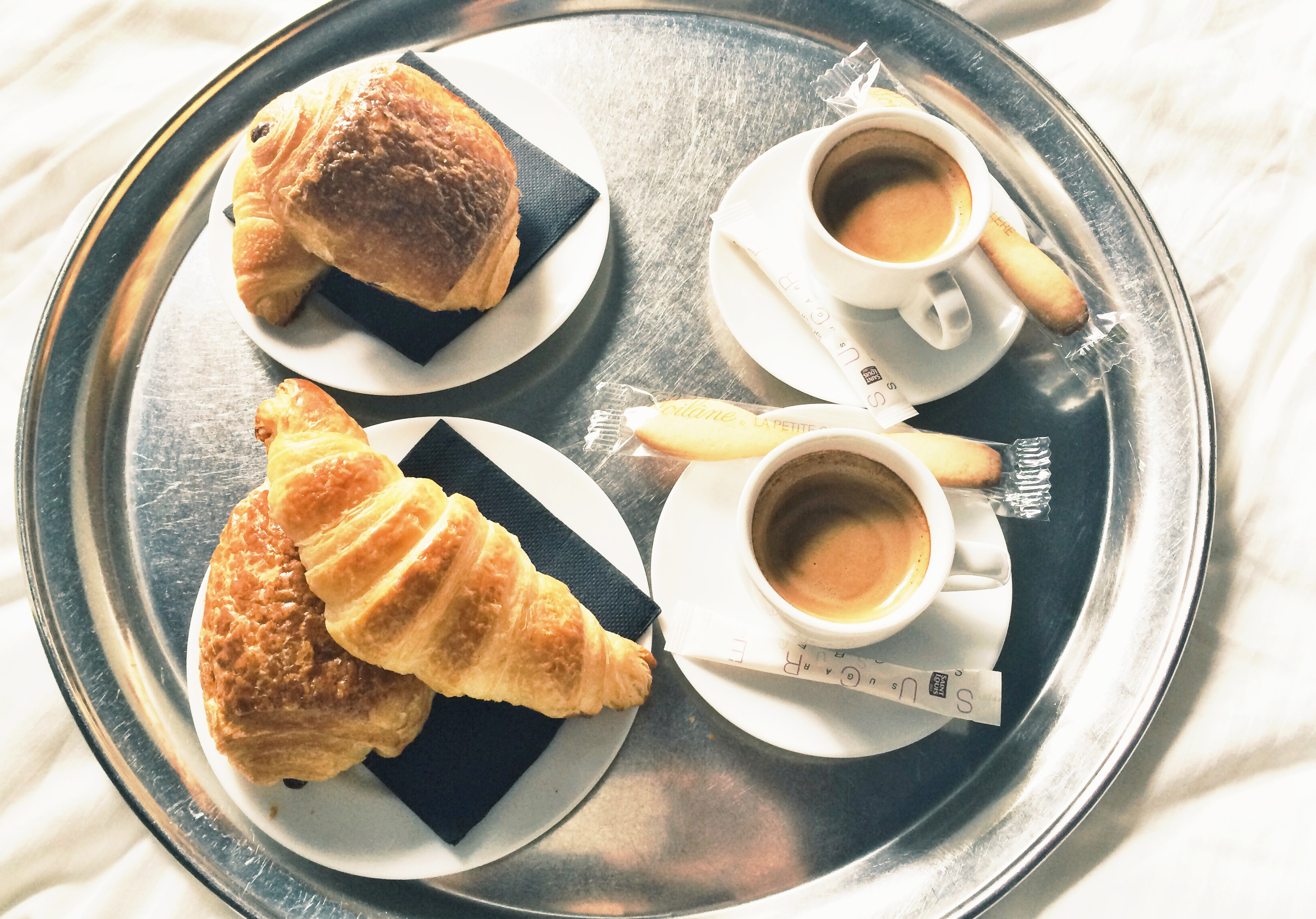 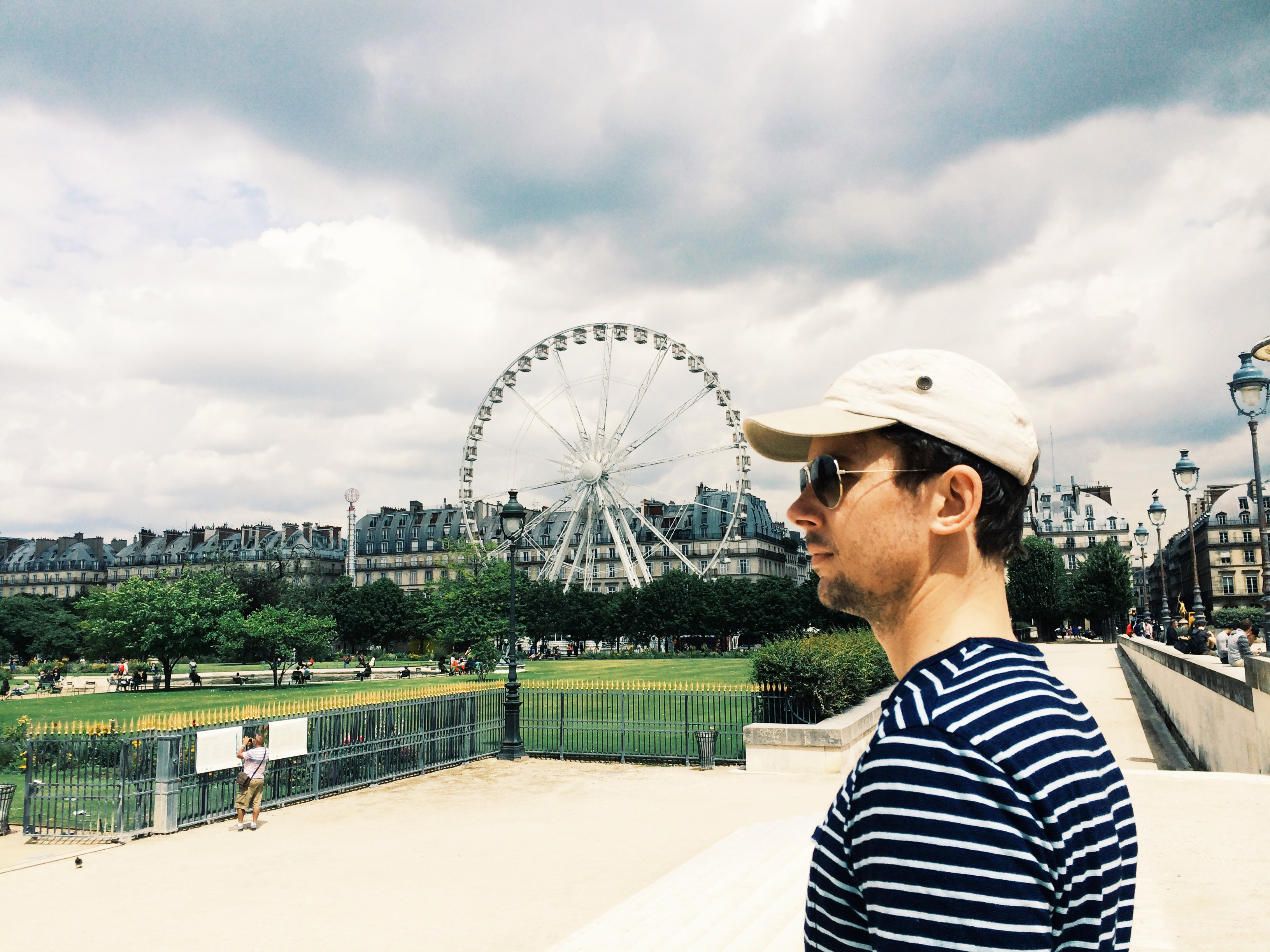 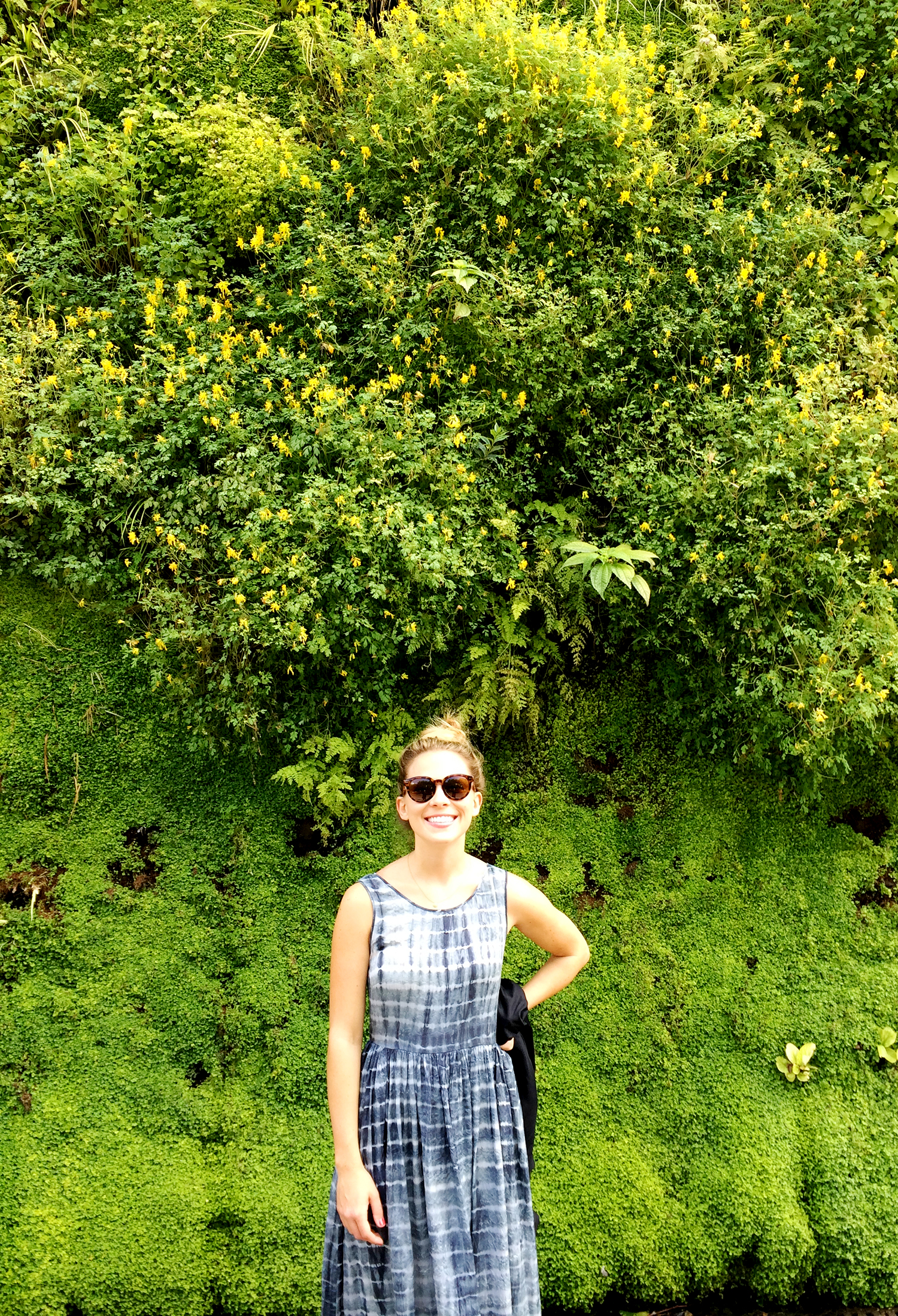 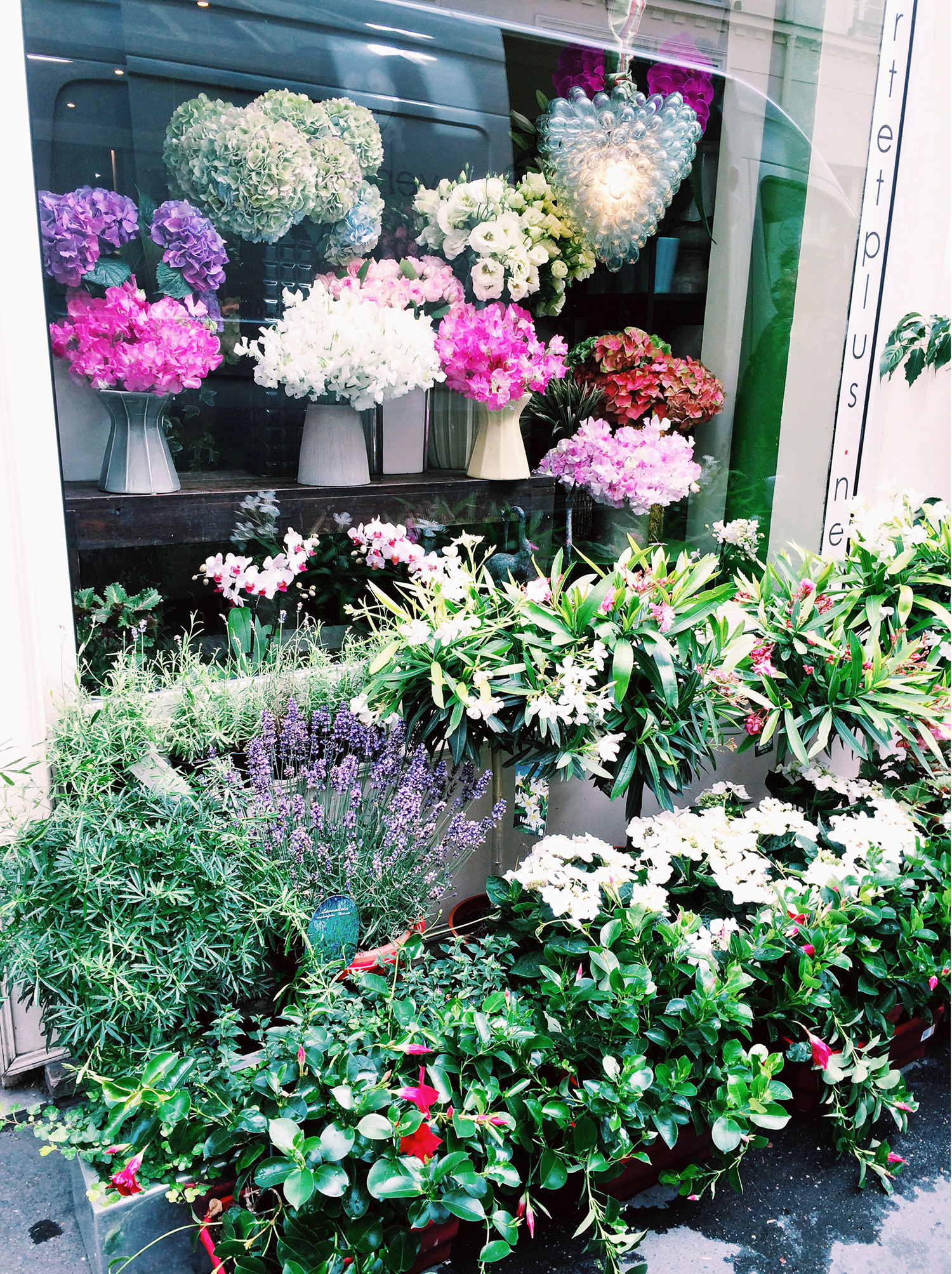 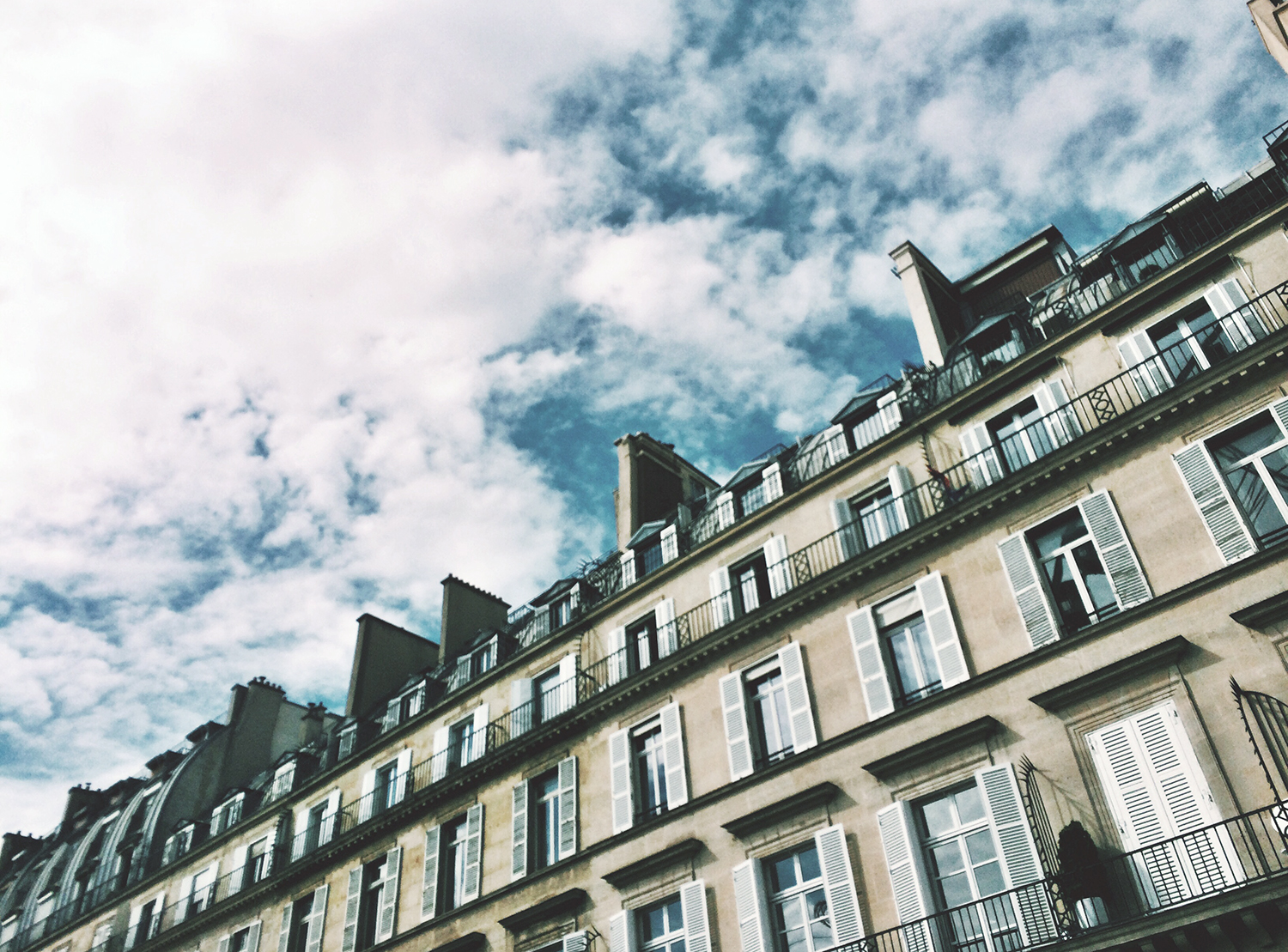 And there she was — to take our breath away. I’ve seen pictures of the Eiffel Tower my entire life but there isn’t anything like seeing it in person. So beautiful. 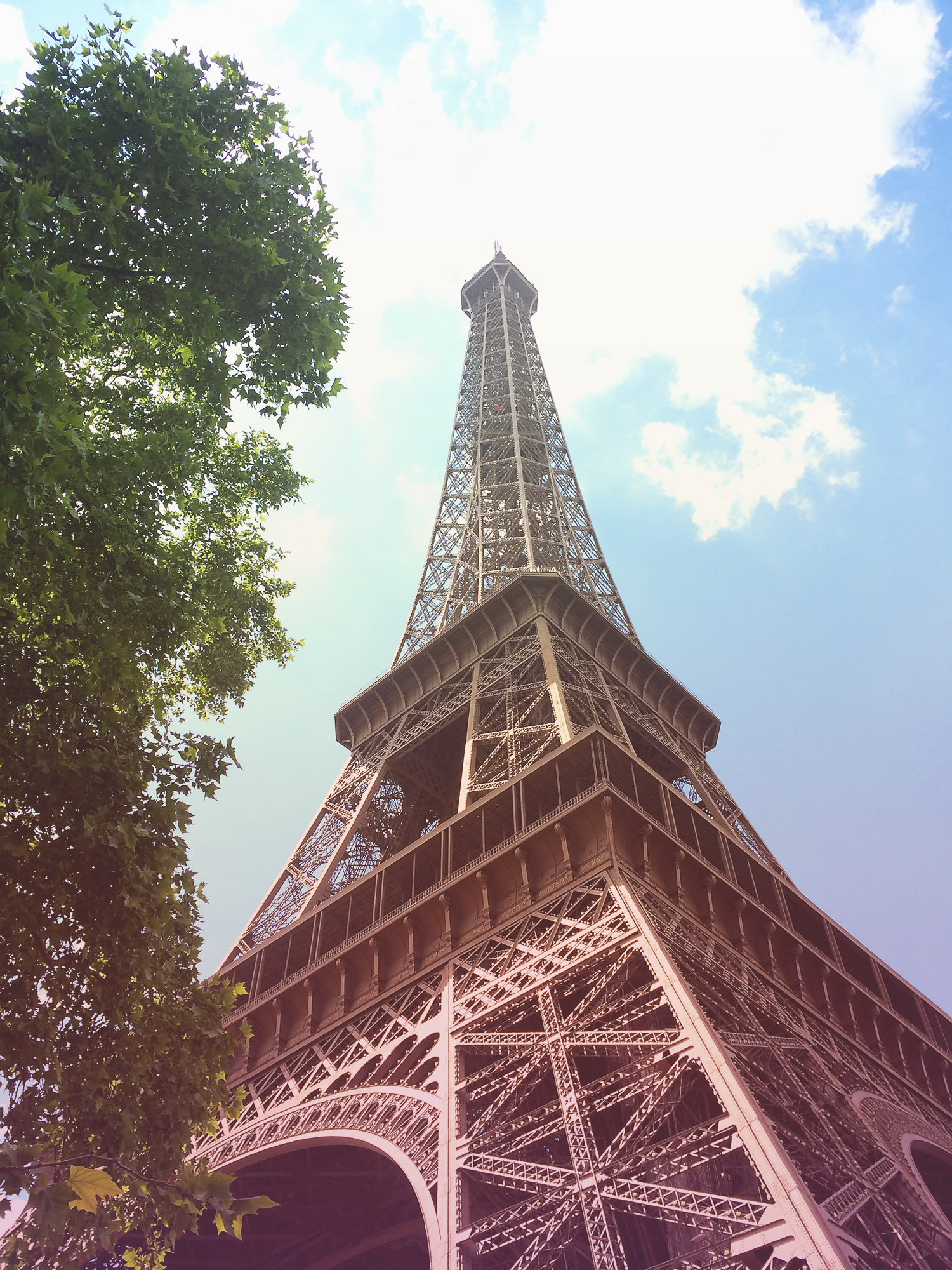 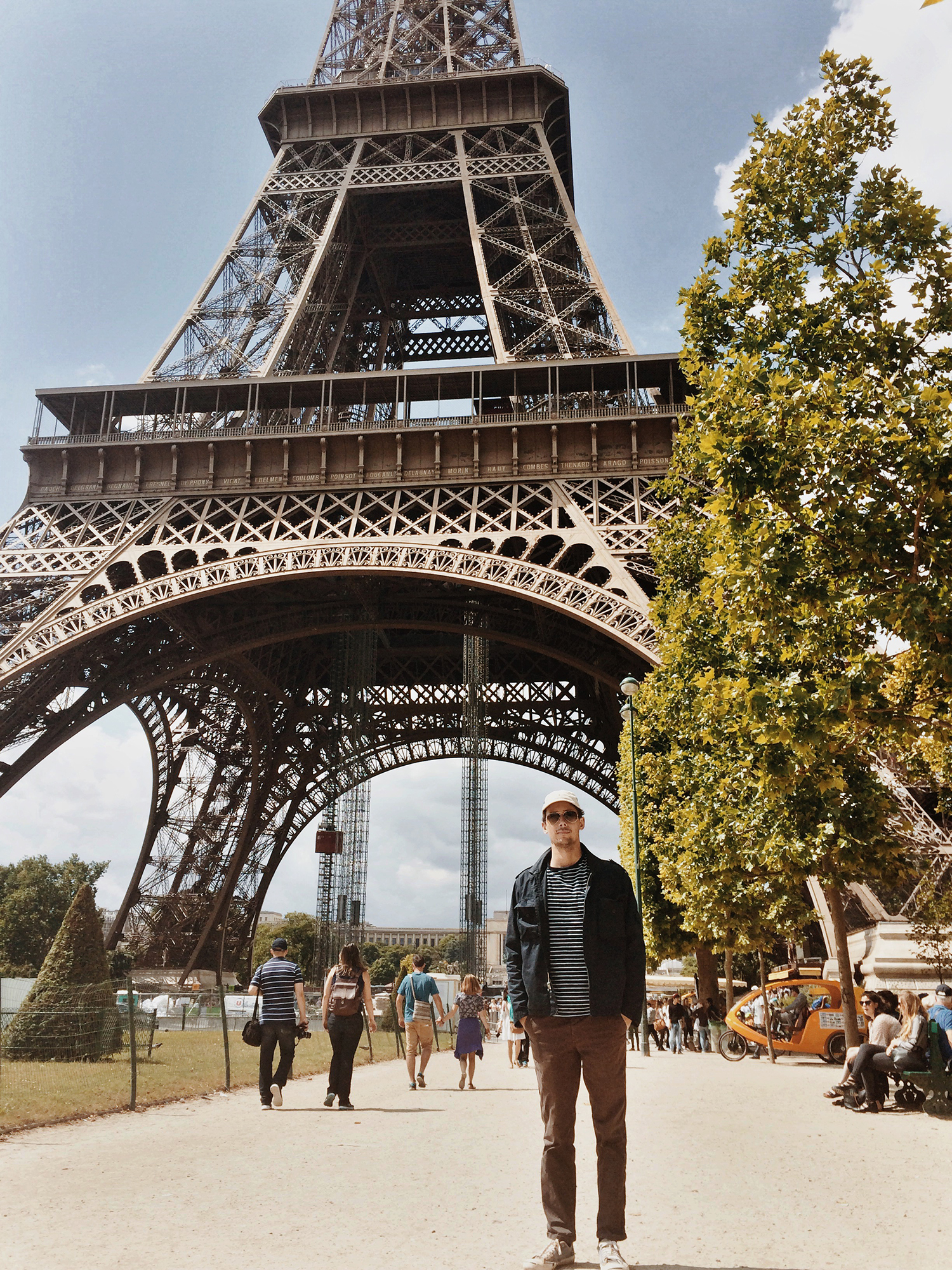 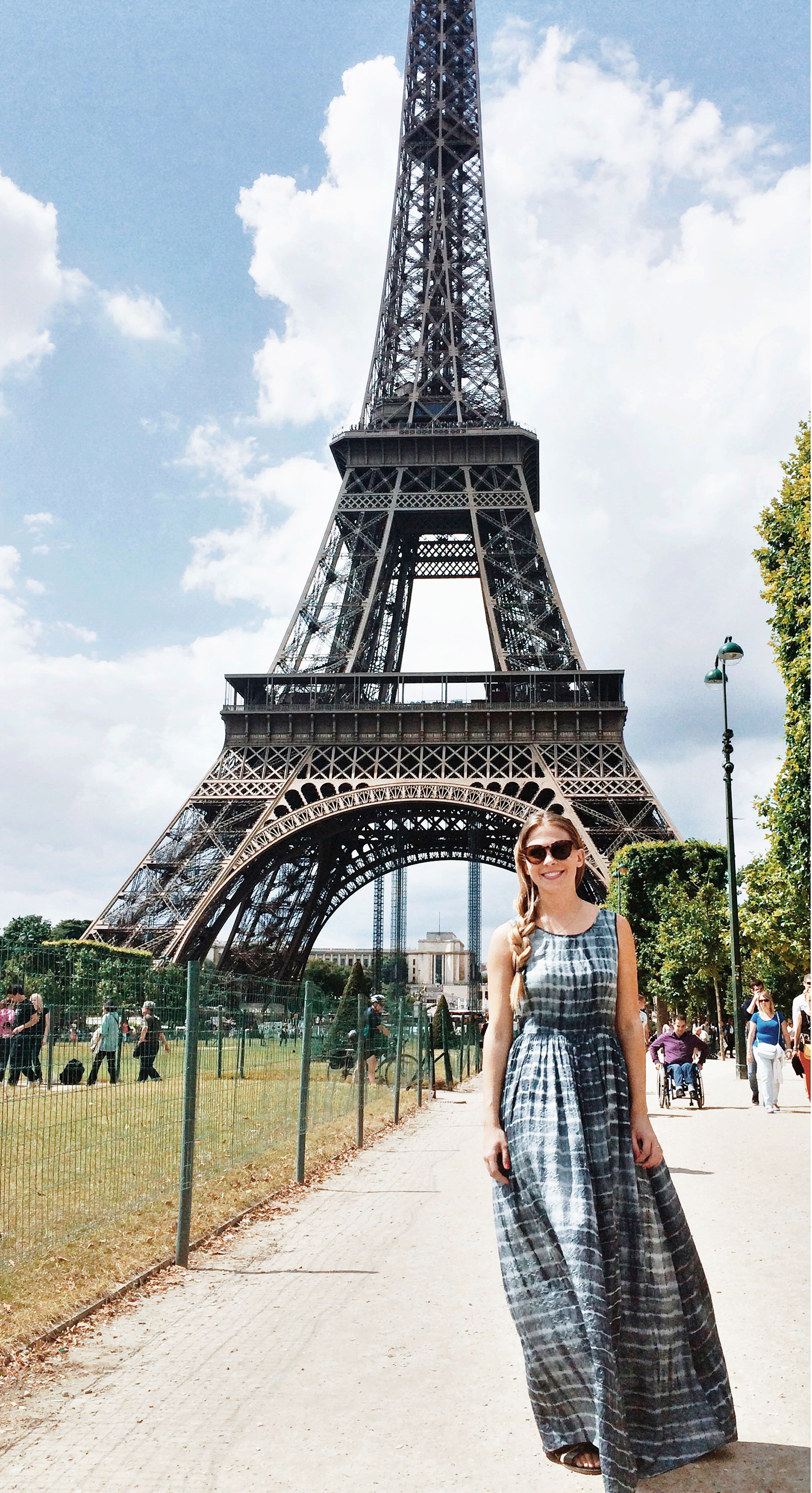 It just so happens that the France was playing Nigeria in the World Cup one of our first evenings in the city. After grabbing pizza and wine at a nearby cafe, we made our way to the large square outside of Hotel de Ville, where a giant screen had been set up for thousands of fans. It was one of the craziest experiences I’ve ever had; French flags were everywhere, fans were yelling, singing and dancing. And it didn’t stop when the game was over. For hours and hours after the match, Paris was alive with the sound of cars honking and parades of people chanting and celebrating the win. We stood near the Arc de Triomphe and watched the celebration that ensued. The French know how to party. 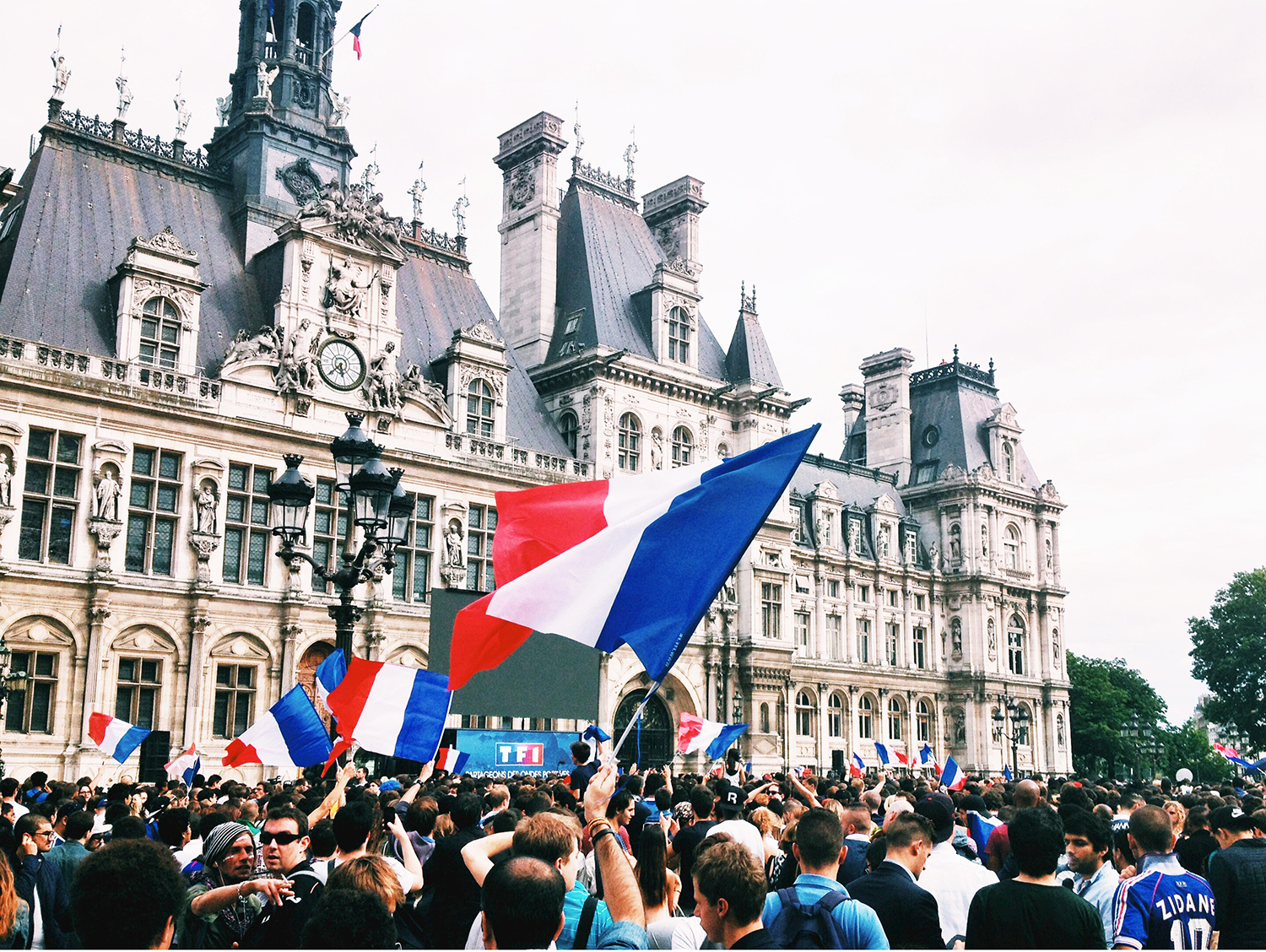 […] bet you thought Part One and Part Two were it, didn’t you? That’s because this post, which is part three of our […]

I am so sorry to bug you – but your dress is amazing!! Could you share where it is from? I’ve never been to Paris, but your method seems like the best way to enjoy it! I am such a planner but have learned that my favorite parts of trips are the unexpected ones, and the times I just get to enjoy a coffee in a local cafe with my husband.

I can’t wait to hear and see more of your Paris trip :)

Caitlin, thanks for reading! :) I am usually such a planner as well, but am glad I allowed myself to just go with the flow on this trip. Paris is the best place to wander and not have a plan. As for my dress: it’s from Anthropologie and is still available online. Happy shopping! http://www.anthropologie.com/anthro/product/clothes-floorskimmers/4130053863616.jsp#/

Thank you so much Courtney!!