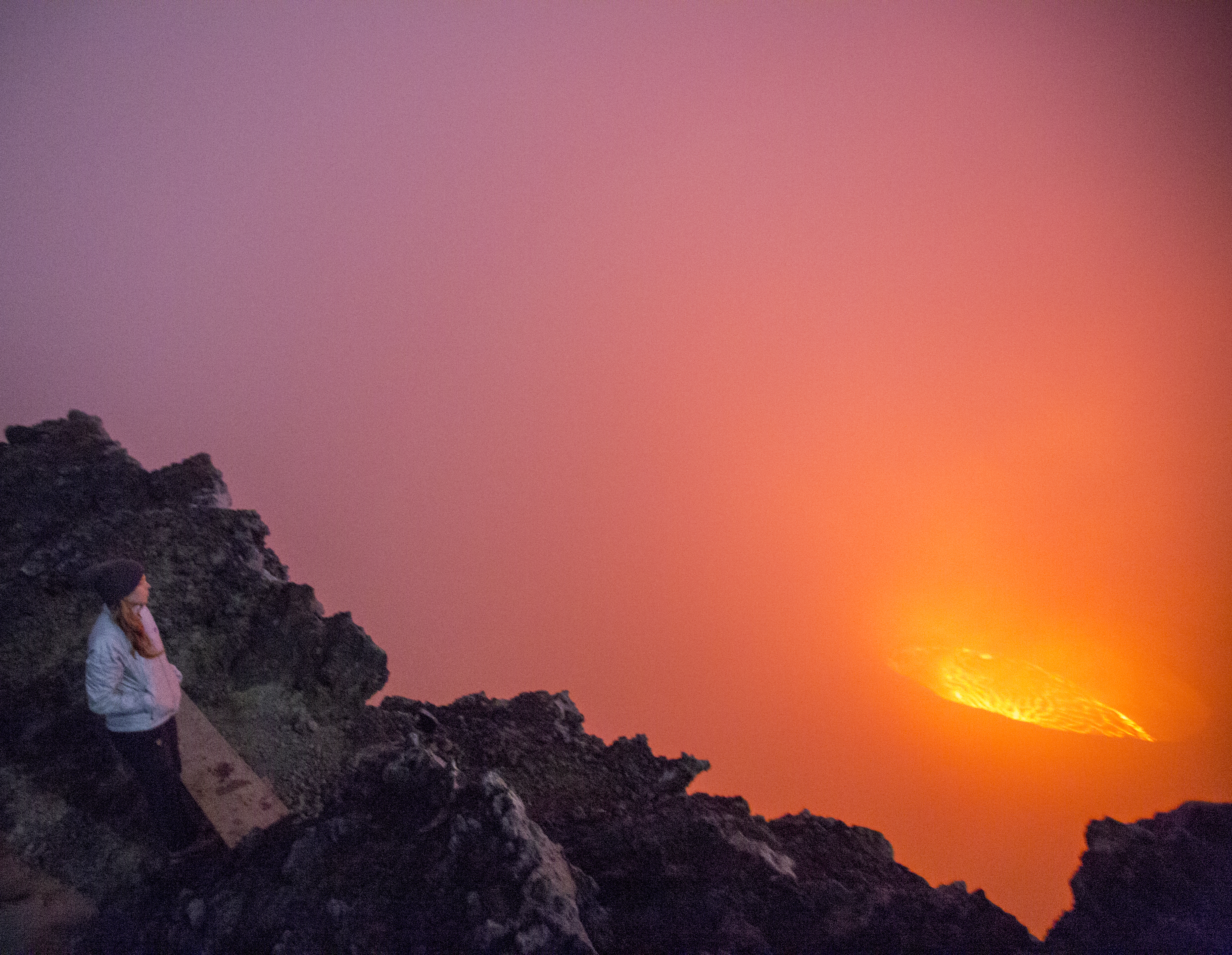 Approximately one vertical mile up from a town called Goma in the Democratic Republic of Congo, lies a churning lava lake in the center of a deep crater. This lava lake is considered to be one of the largest in the world, measuring over a mile wide. Never in a million years did I think that I’d summit this volcano within Virunga National Park and sleep on the edge of its rim — especially considering the years of known unrest and conflict in the area. But the opportunity presented itself to experience Africa’s most active volcano and one of the world’s true wonders — and everything in me said I had to do it. 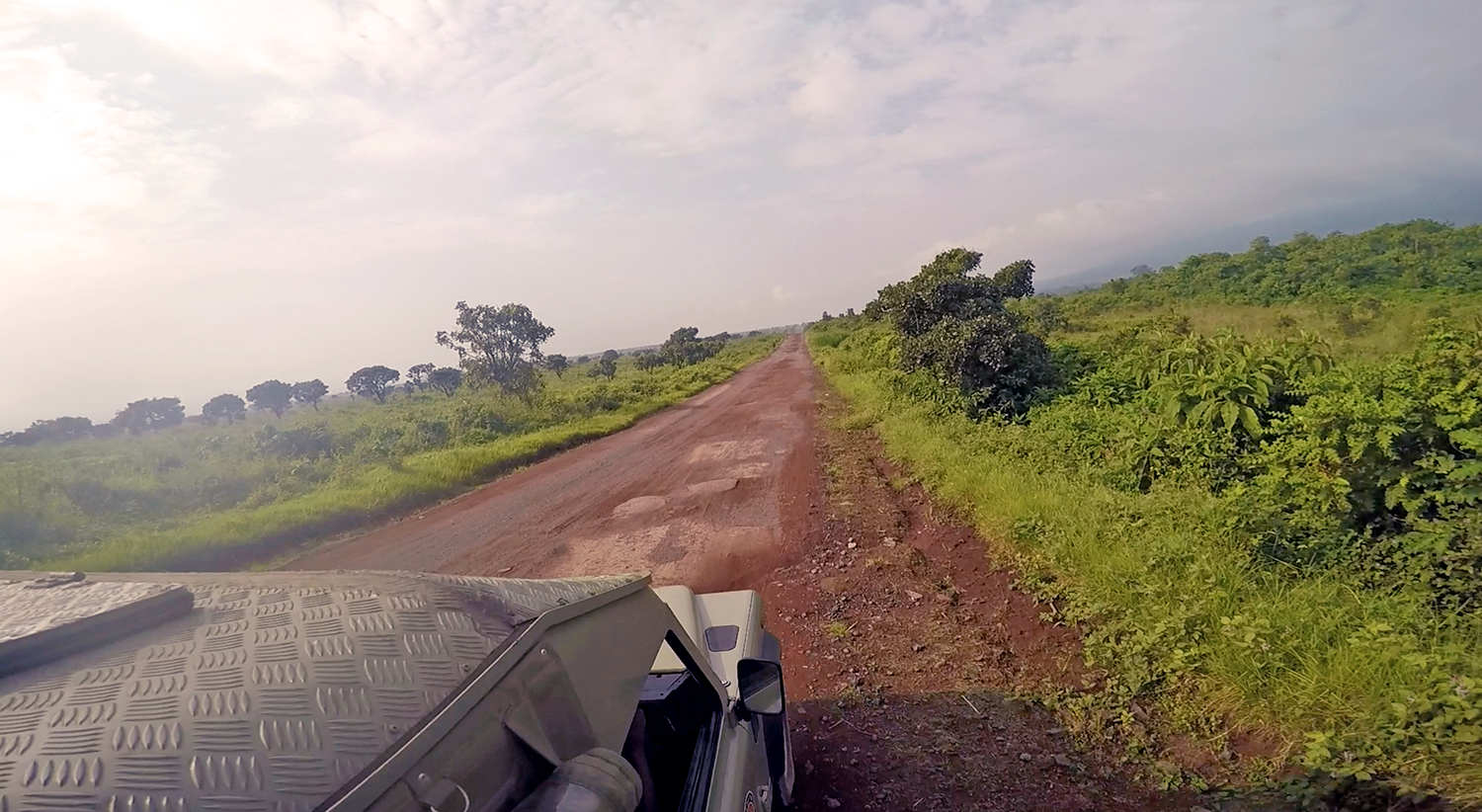 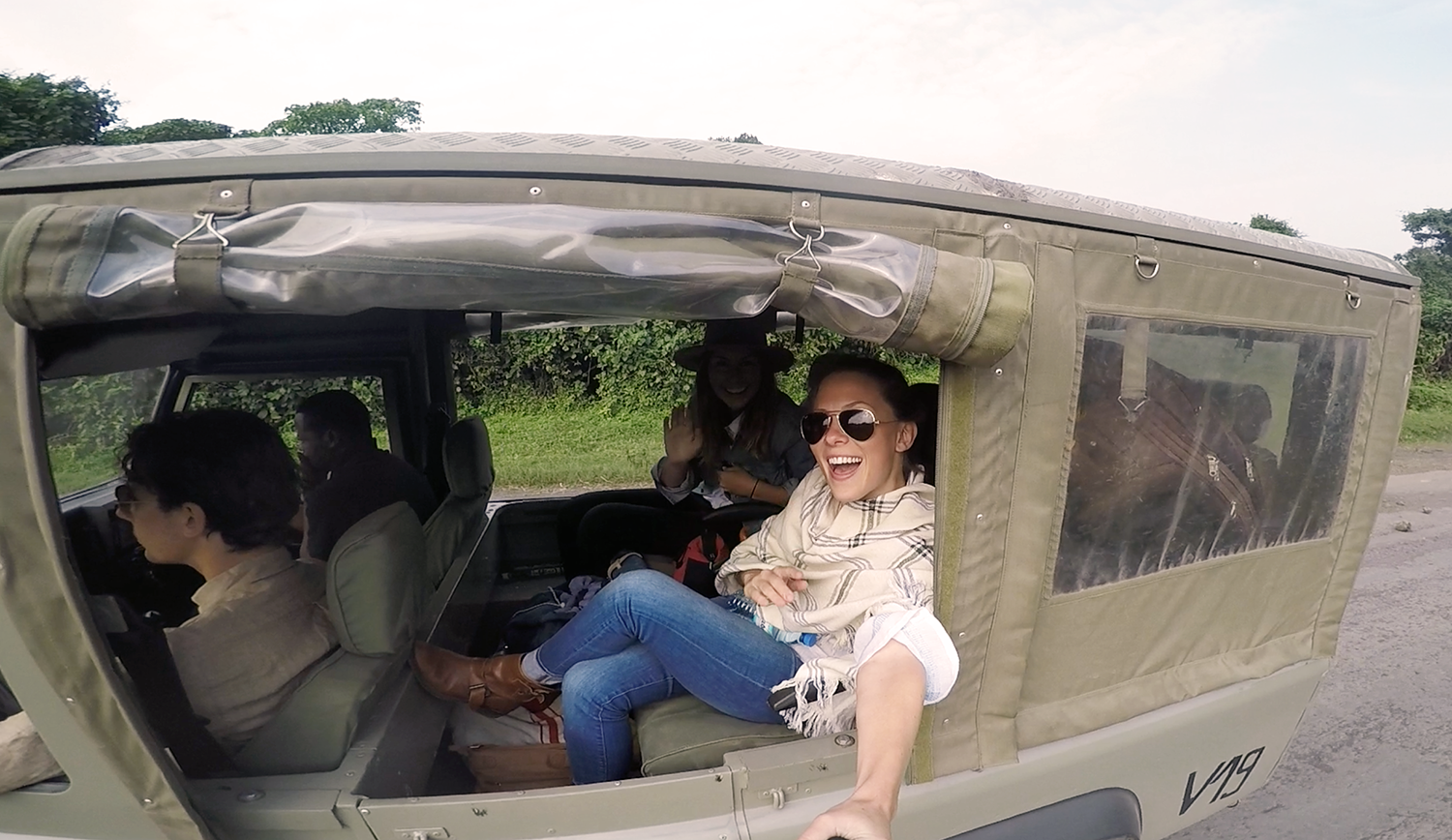 The hike began from 6,000 feet at base camp, where we met three other tourists that would be joining us that day. The six of us, along with two armed guides and six porters (hired to help us all carry our heavy supplies and food), began the hike energized and ready for what was ahead. As we ascended, the scenery continuously changed, but was stunningly beautiful throughout. A couple of hours into the climb, the ground became covered with hard, black volcanic rock, which I learned were remains from the 2002 eruption. Each step became a challenge as we slipped on the unsteady, sharp rocks beneath our feet. And all the while, the air became thinner and significantly colder. Breaks to catch our breath and drink water became more frequent. And muscles I didn’t know I had started burning… a deeeep burn. 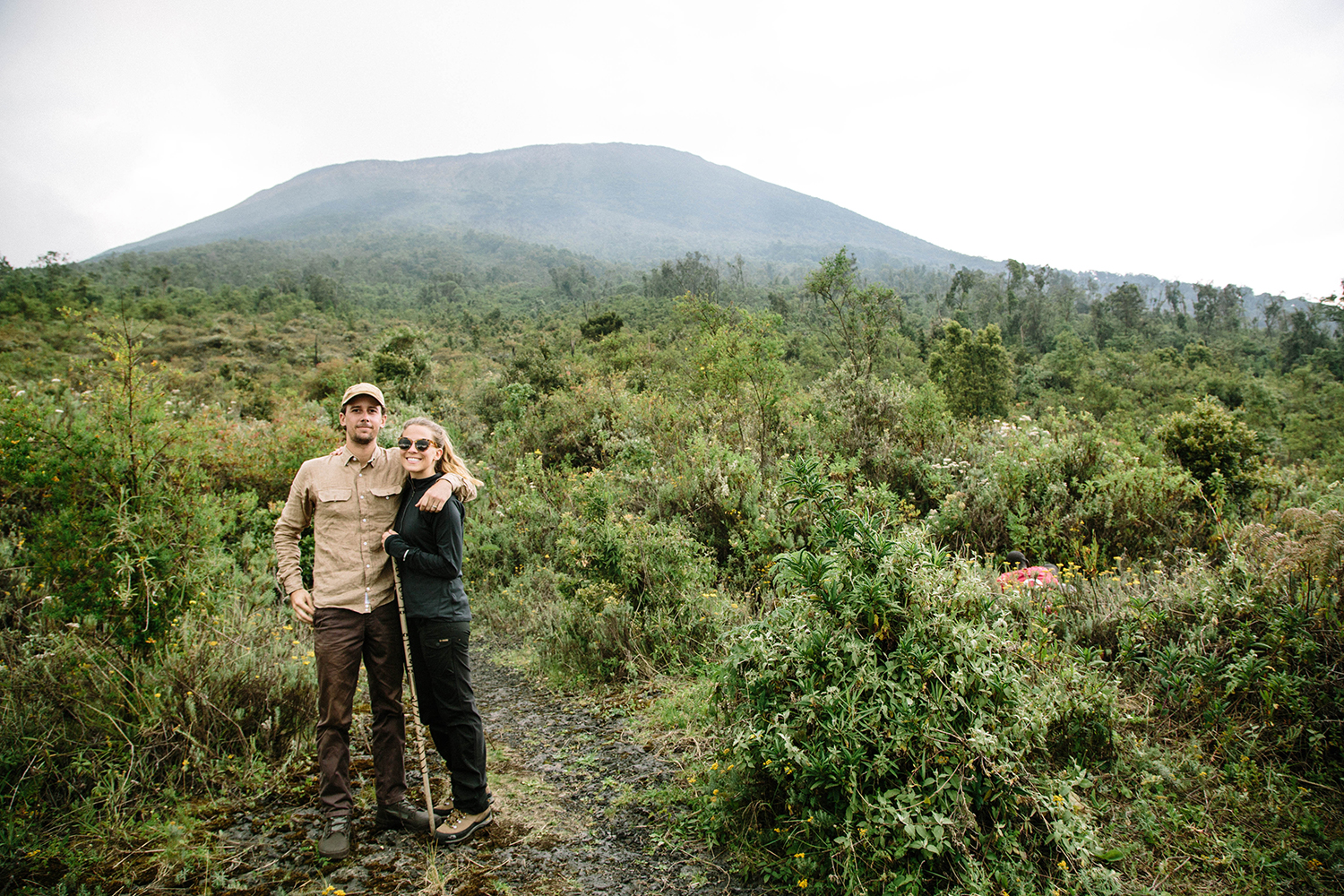 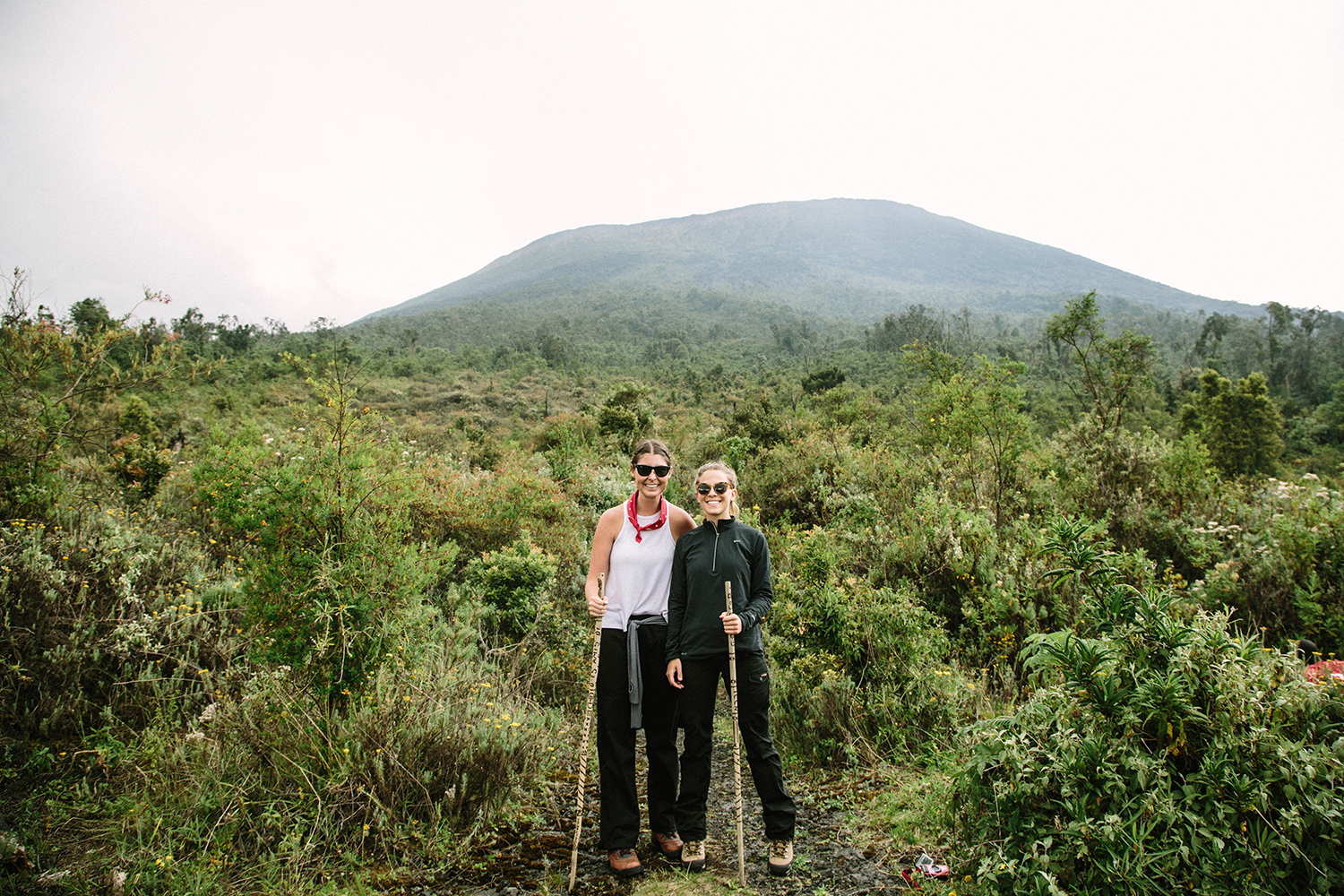 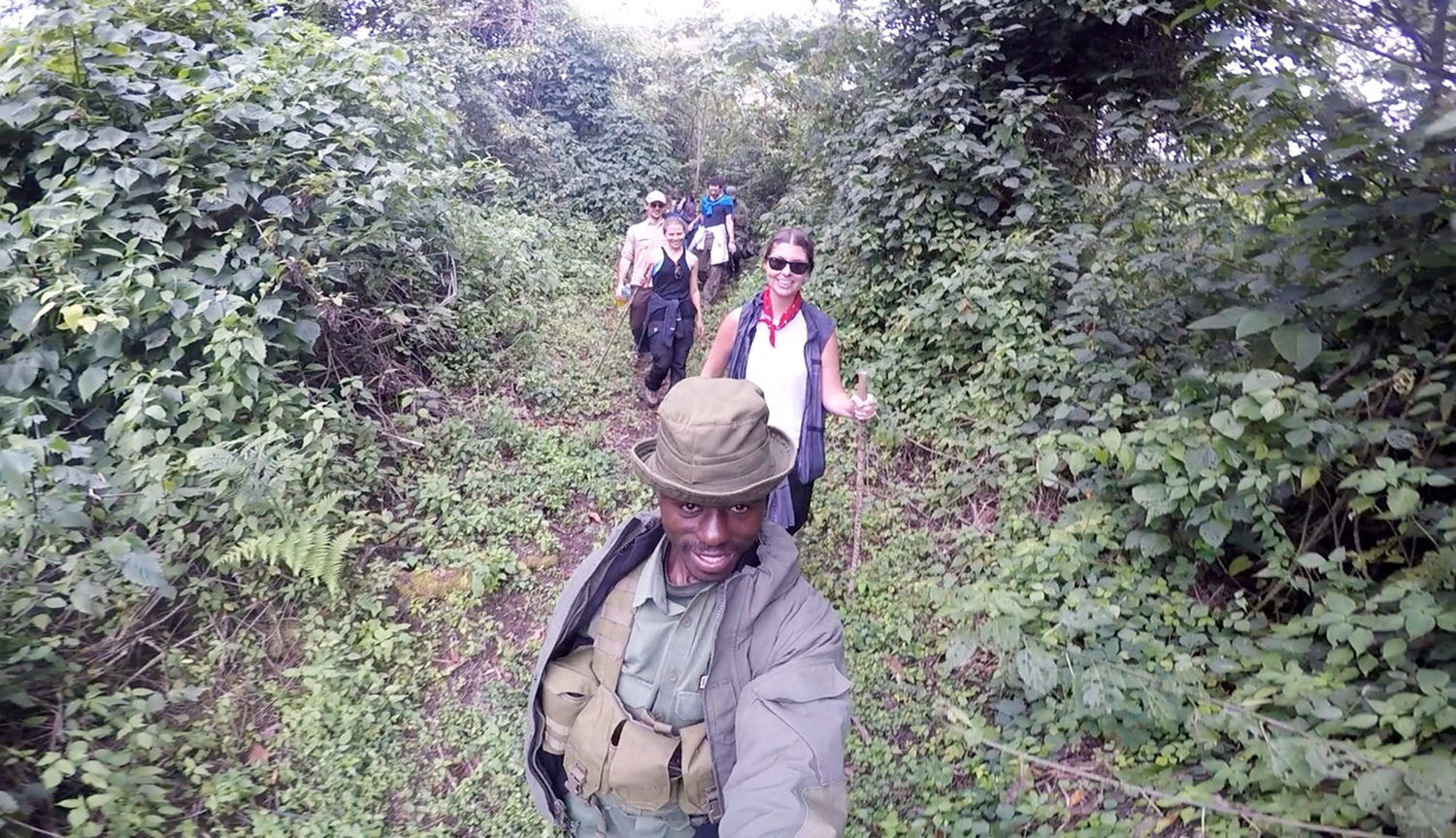 Near the end of the climb, most of the vegetation started disappearing, and in the place of trees and shrubs was dark, steep, jagged rock. The last 500 yards of the climb felt like miles; with each step we seemingly got no closer to the top. At one point, most of us were nearly crawling — partly due to exhaustion and partly because it was the only way to maintain balance on such a steep surface.

Nearly six hours and five miles of climbing later, we reached the top. Without much warning, my legs buckled and I fell hard on the rock beneath me. My lungs burned. My head pounded. But despite the pain, I was overjoyed. We had made it. 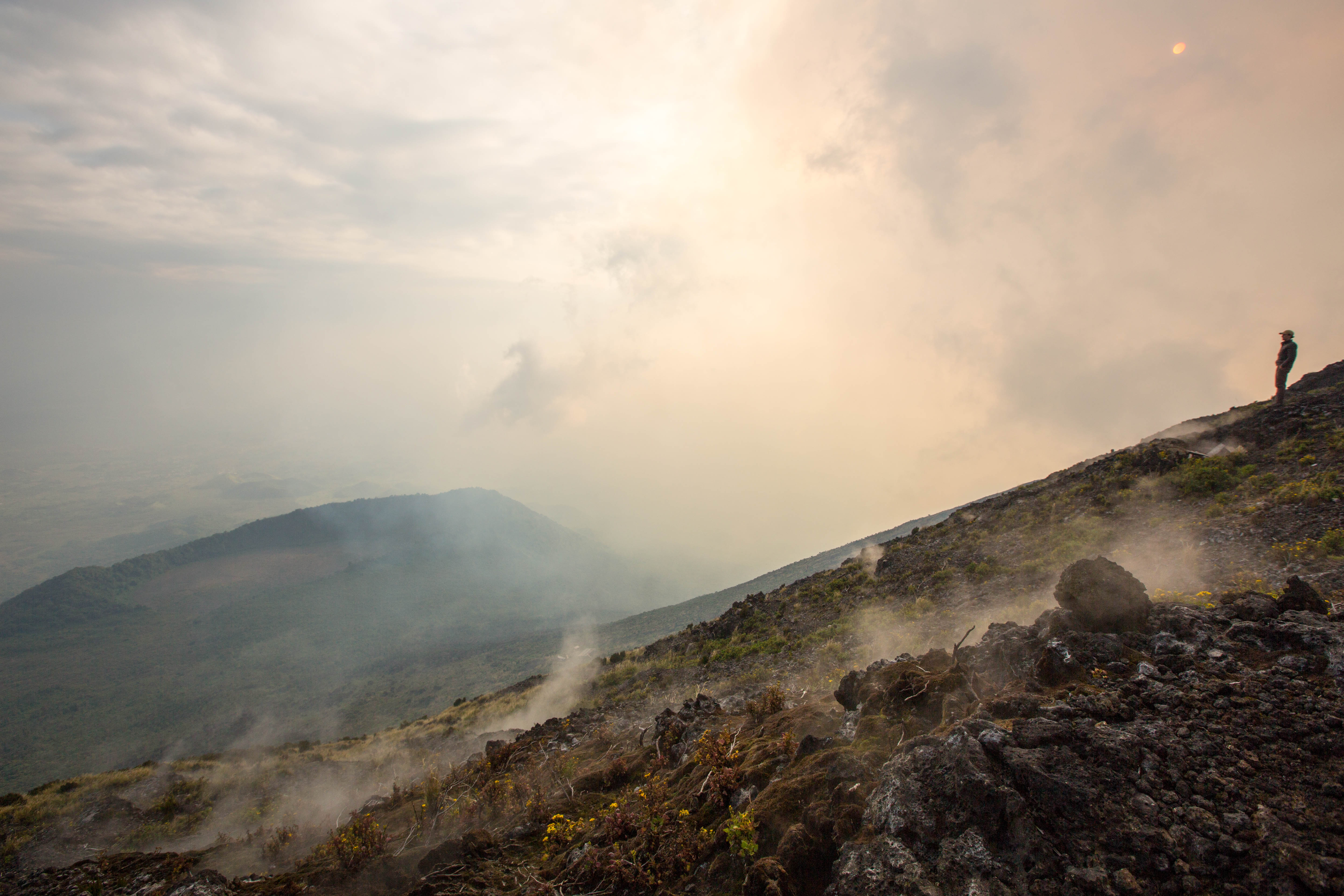 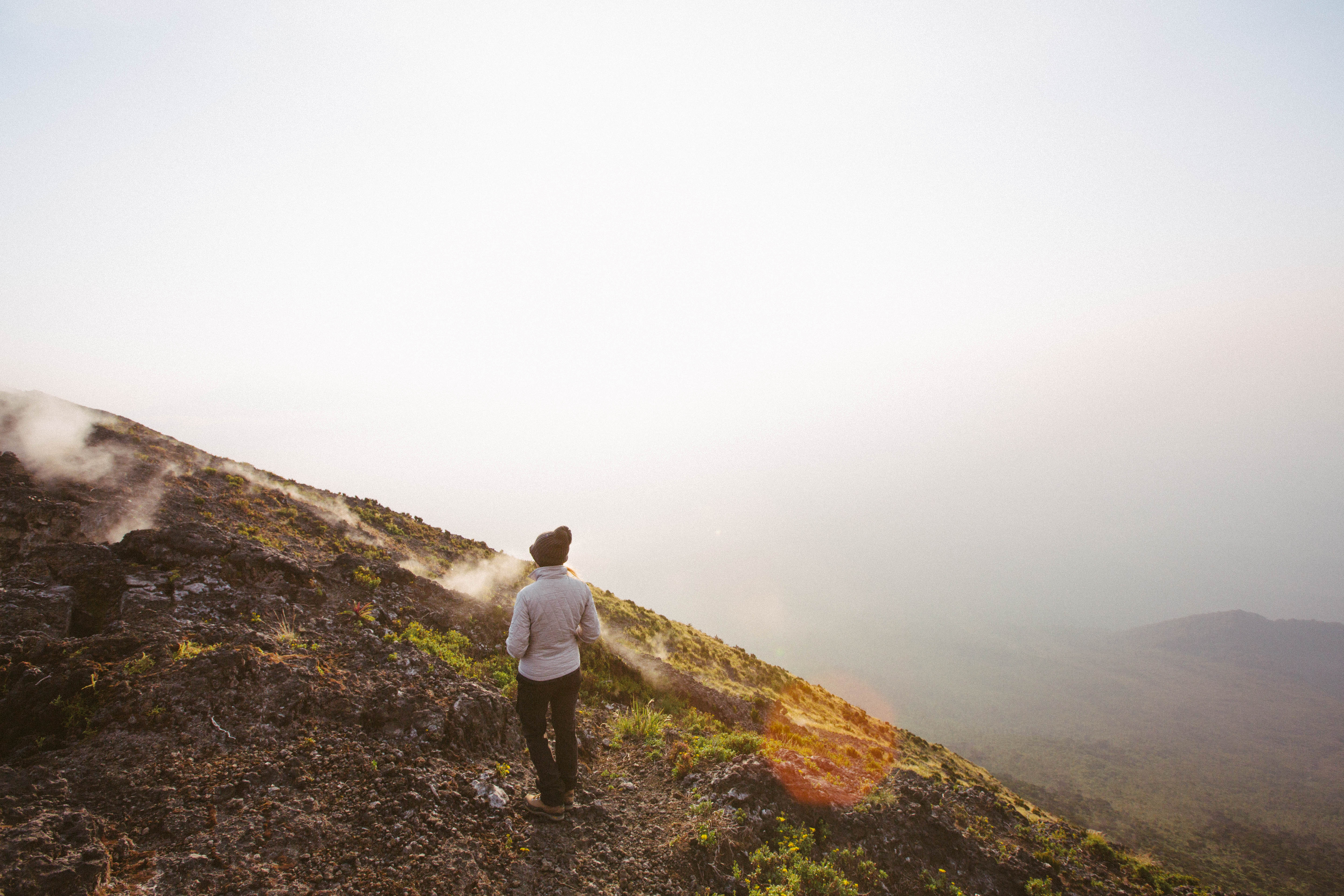 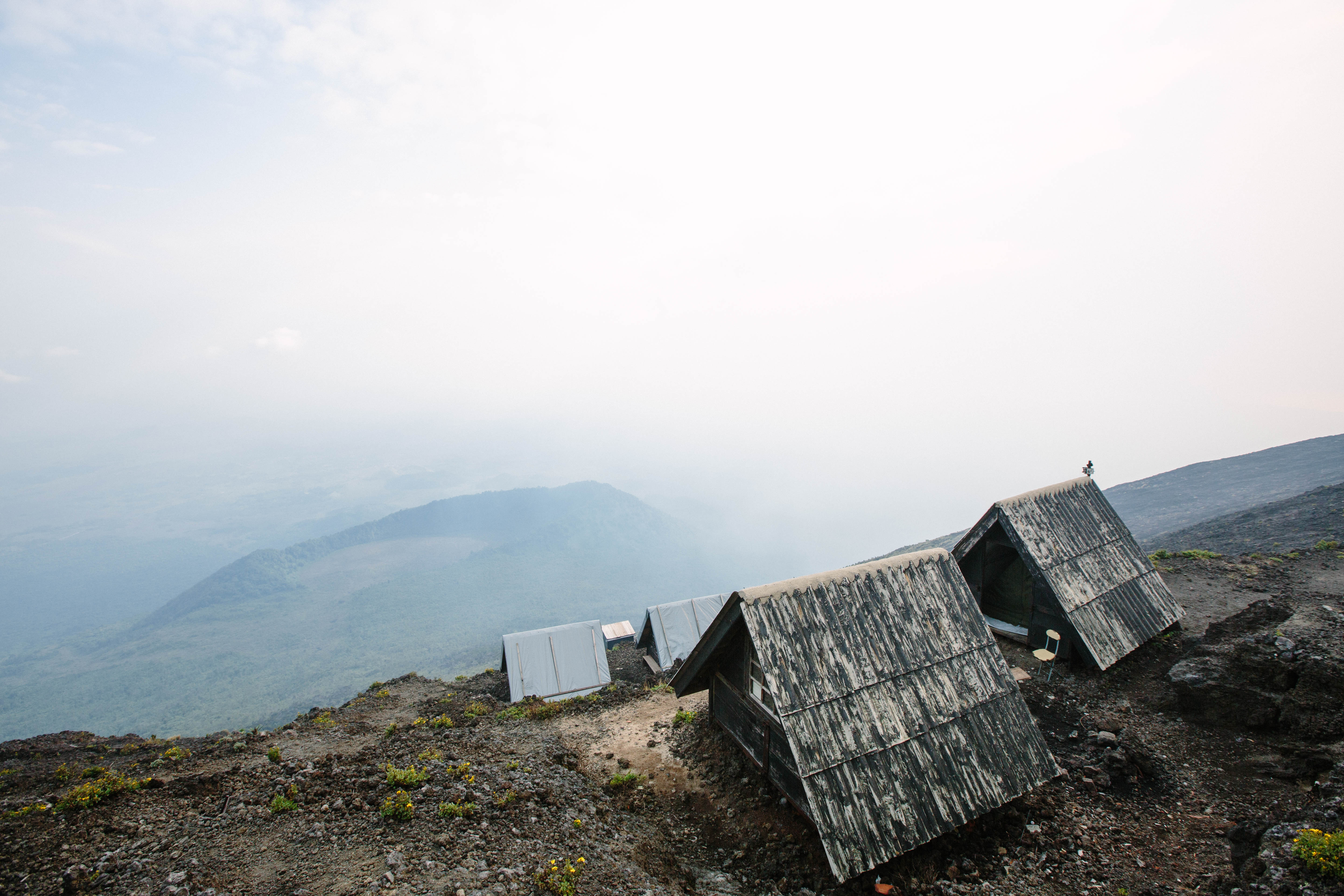 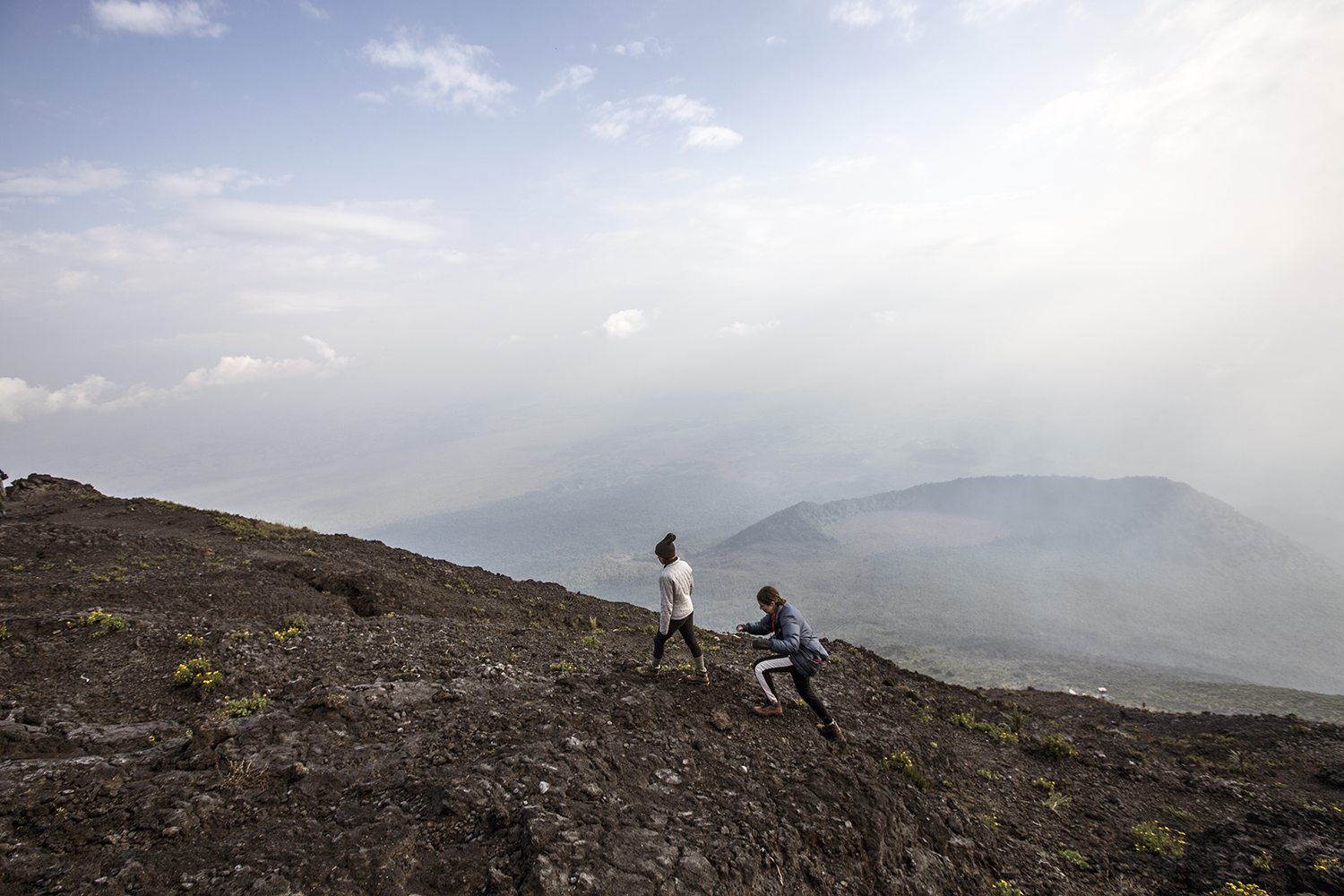 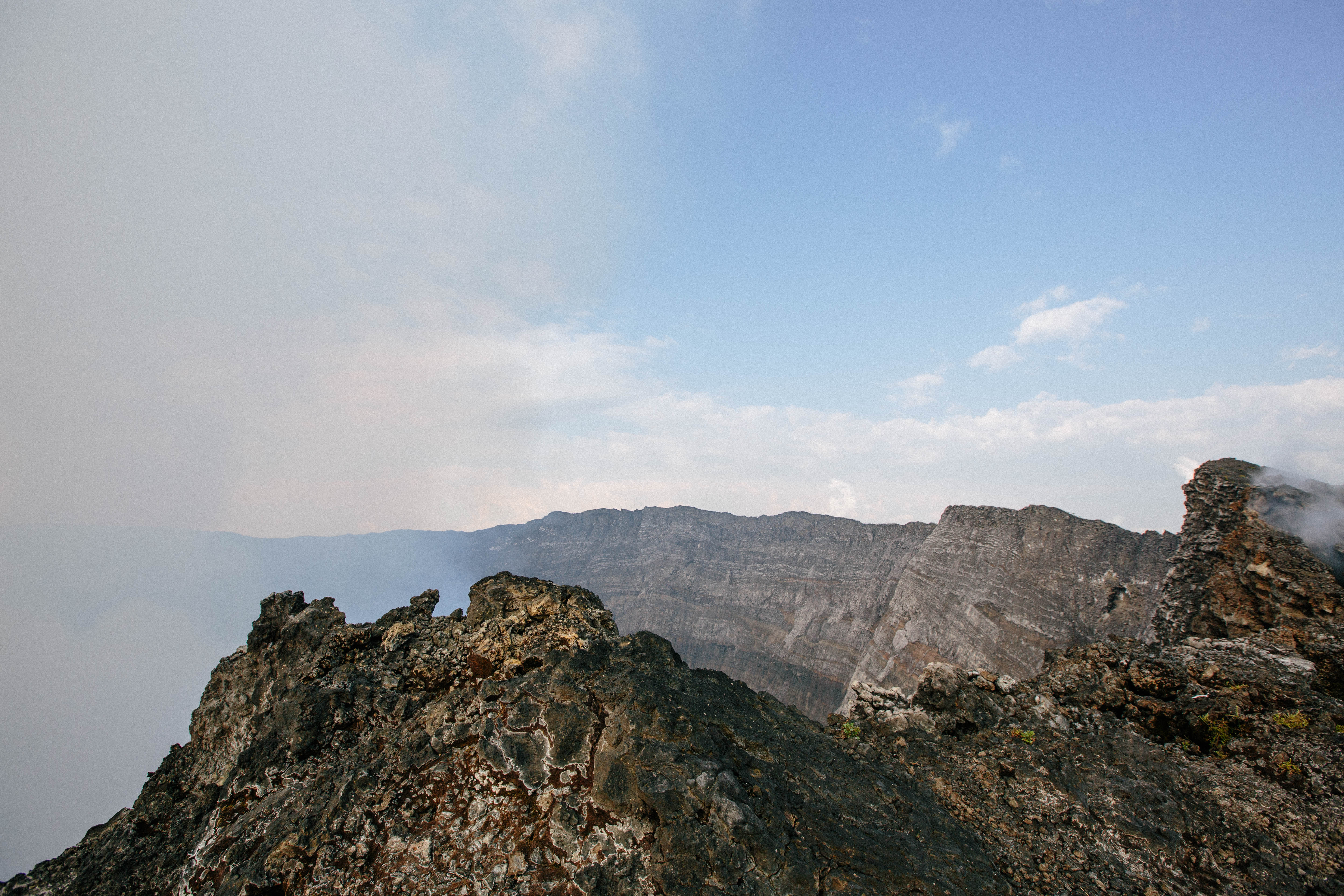 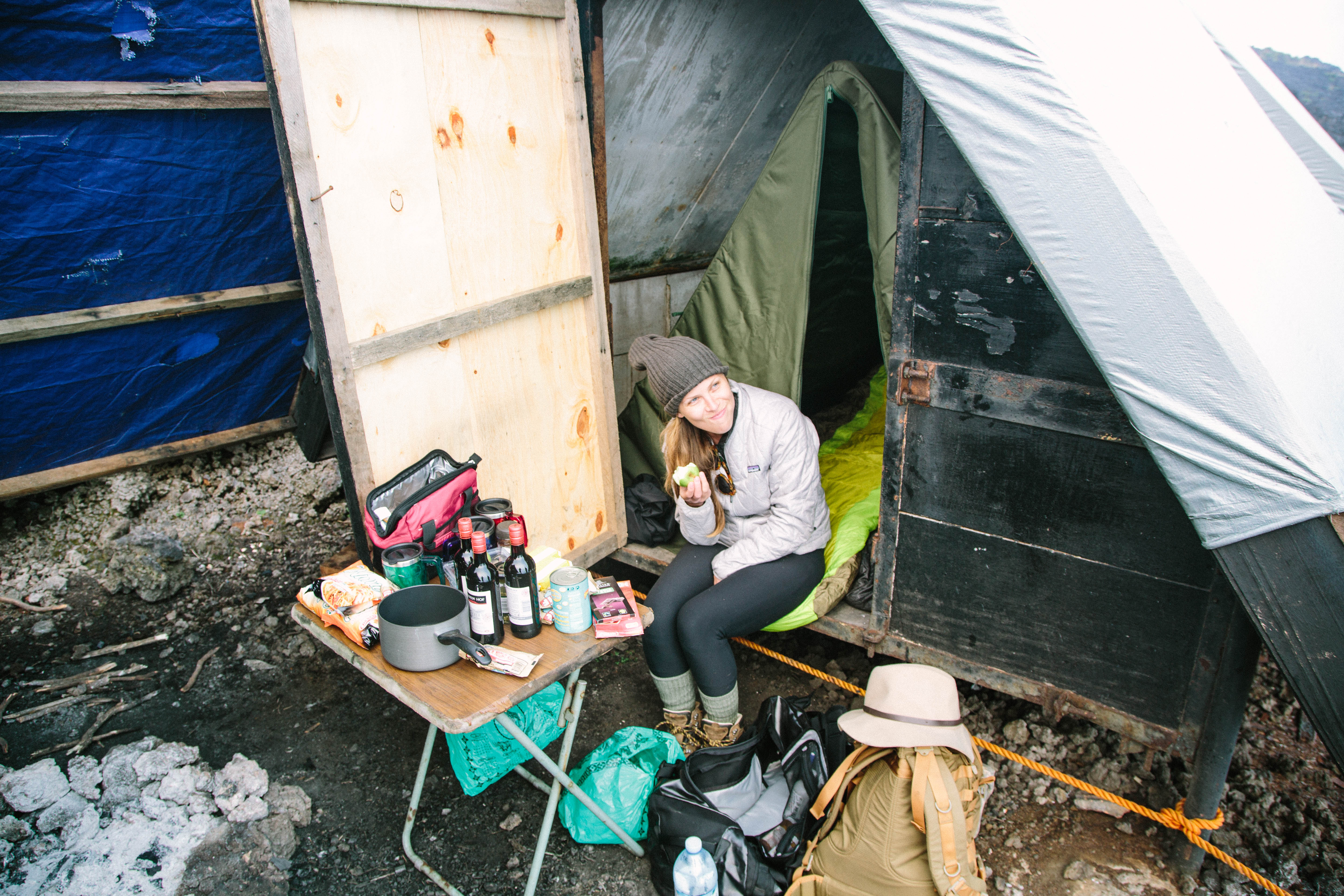 We walked up to the edge of the crater and nervously peeked over; and there it was. Billowing smoke emerged from deep within, revealing a pool of fiery, bubbling lava and flames. The evening grew darker and darker, causing the lava to become all the more vibrant and clear. The entire sky took on the color of the lava below, rendering it a deep pink. I’ve never felt more at the mercy of nature and its elements than I did at that moment; it was an overwhelming realization to know we were peering into the inside of the earth from the top of a cold, dark mountain, inhabitable to most plants, animals, and even insects. 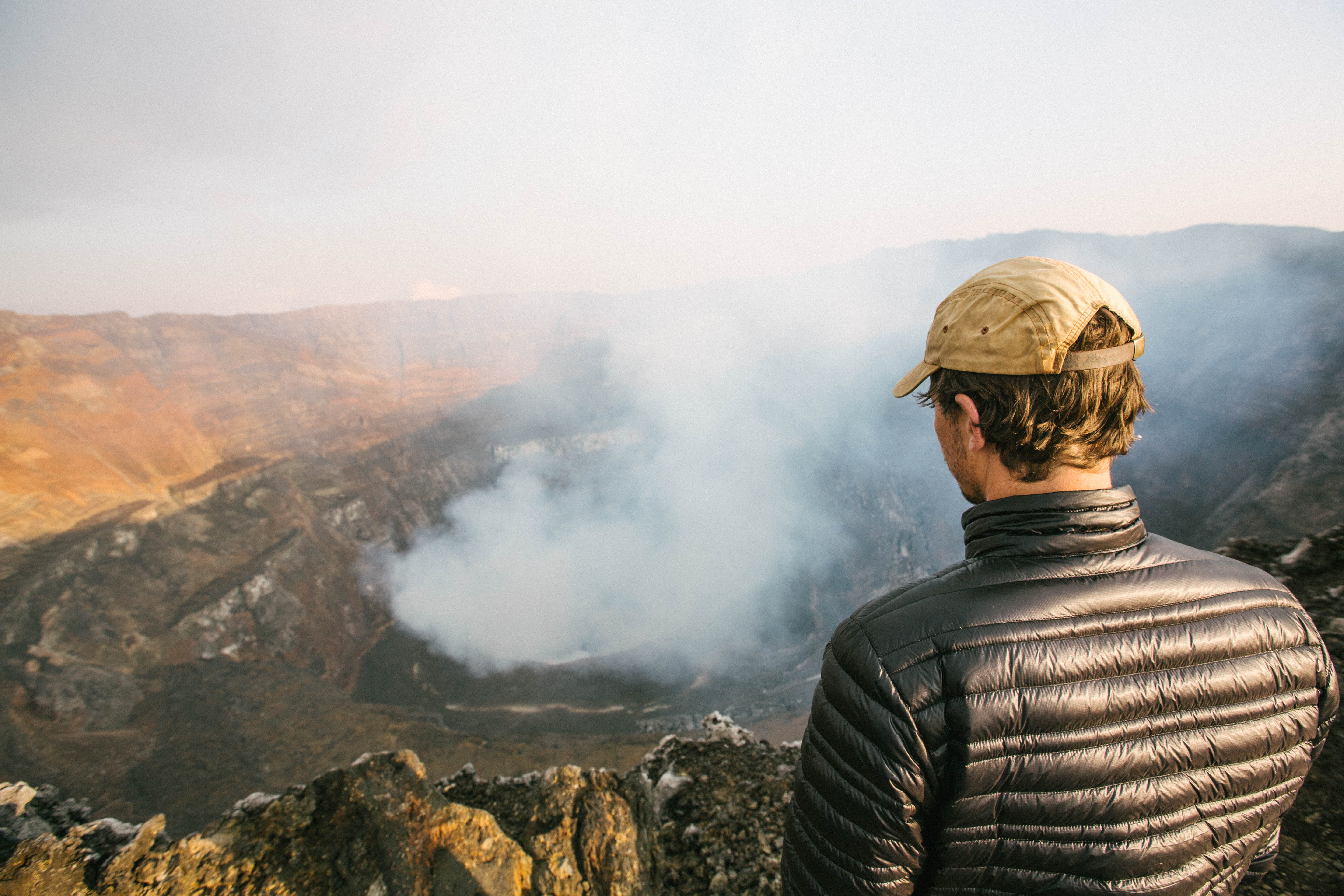 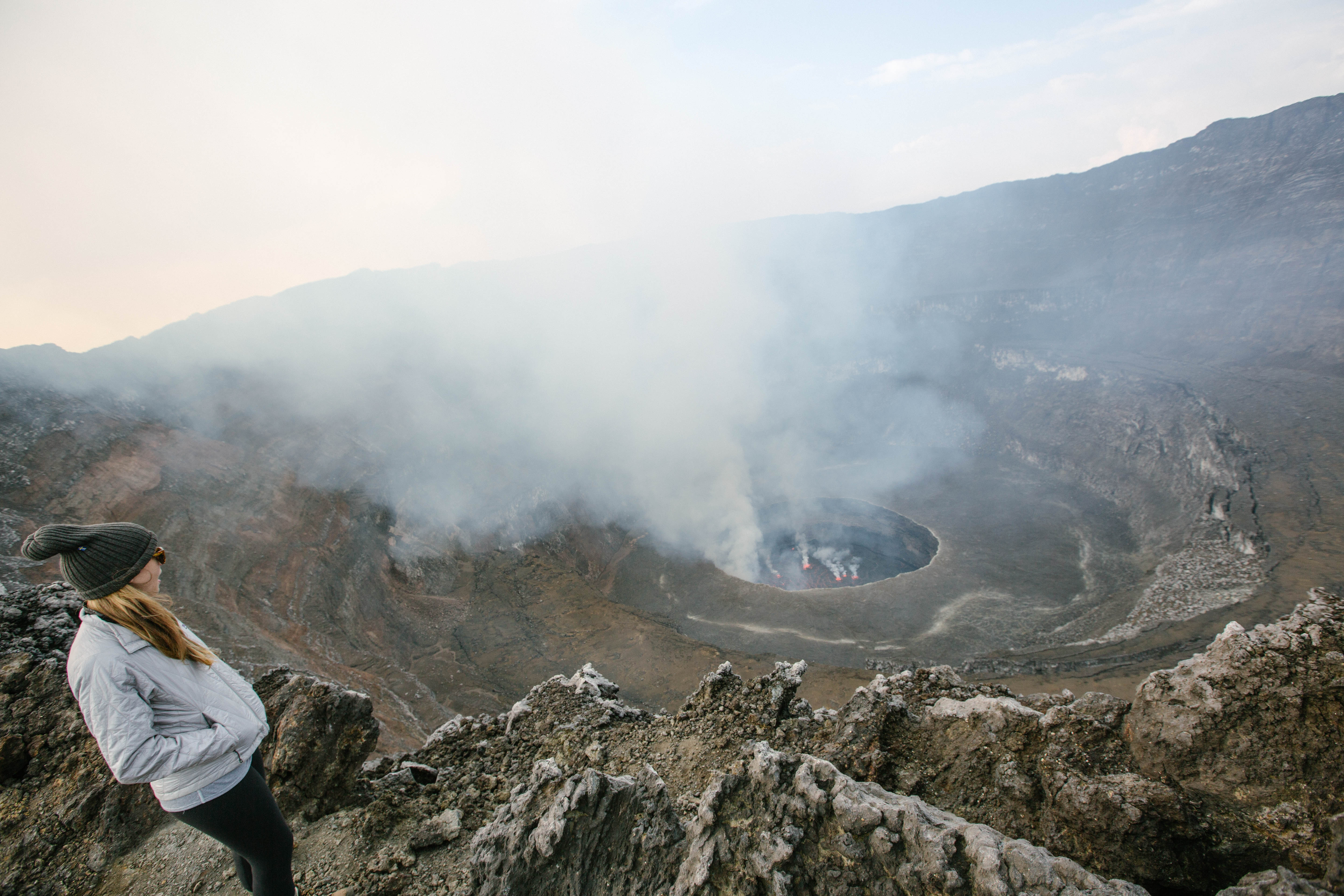 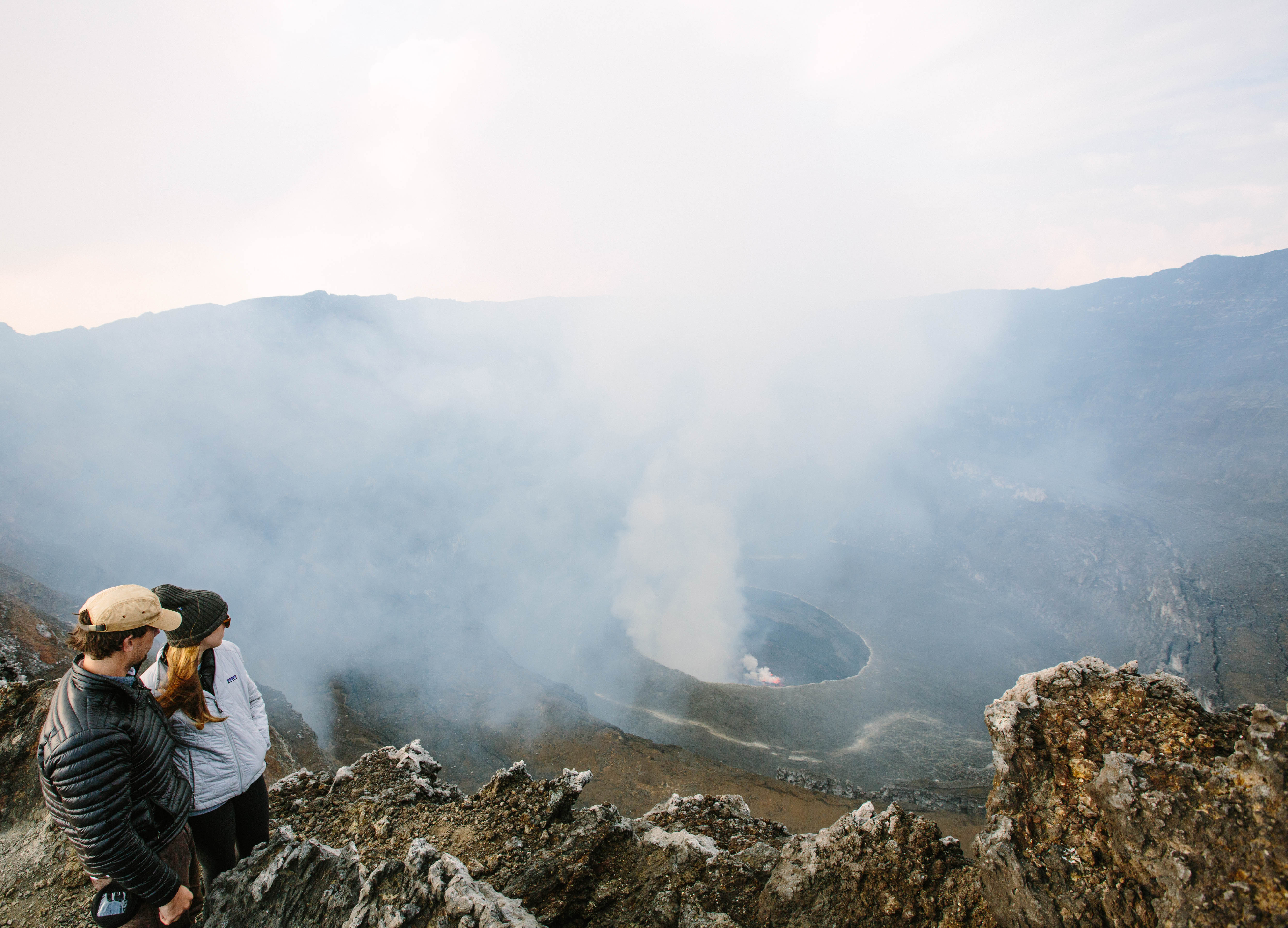 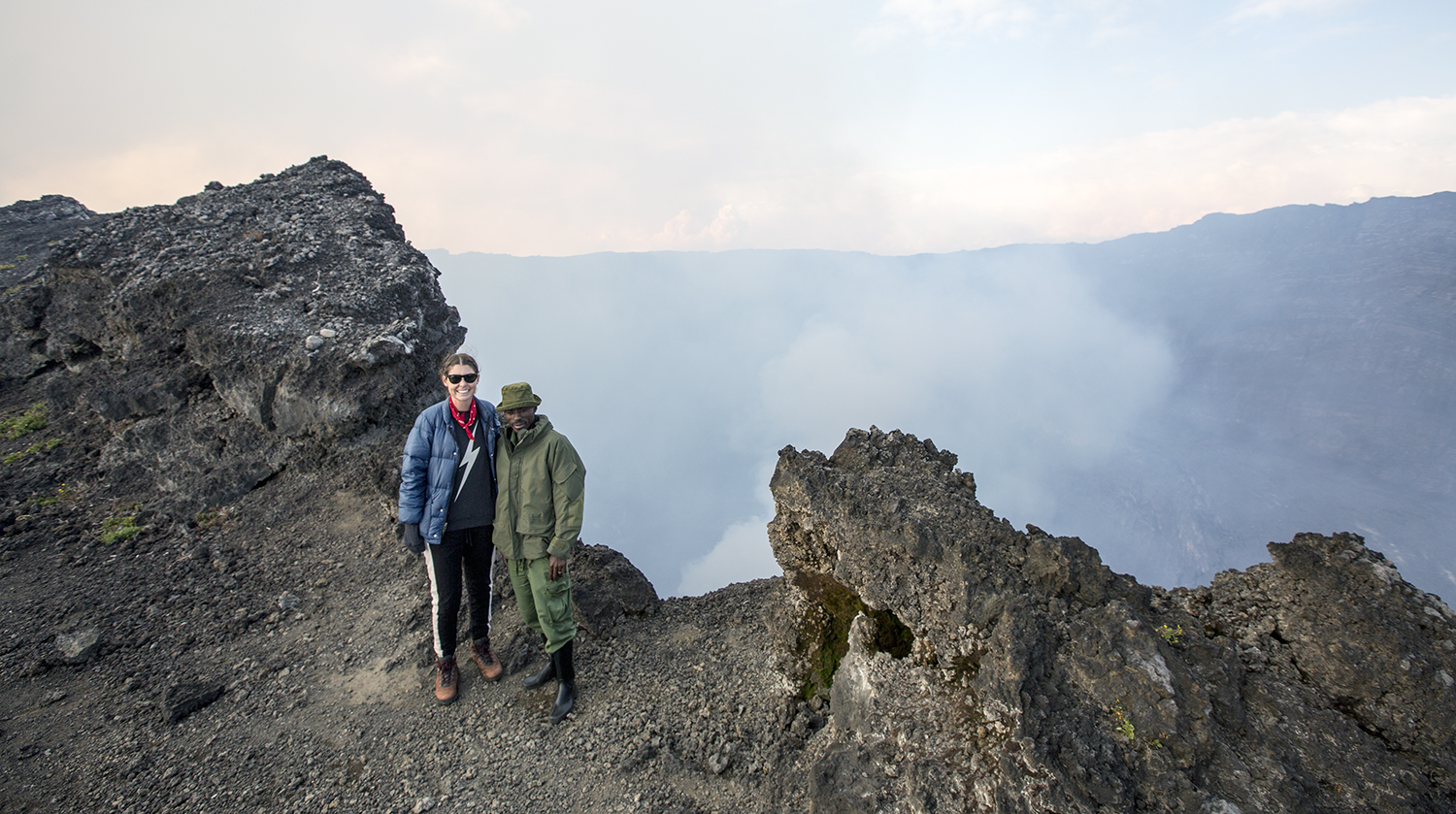 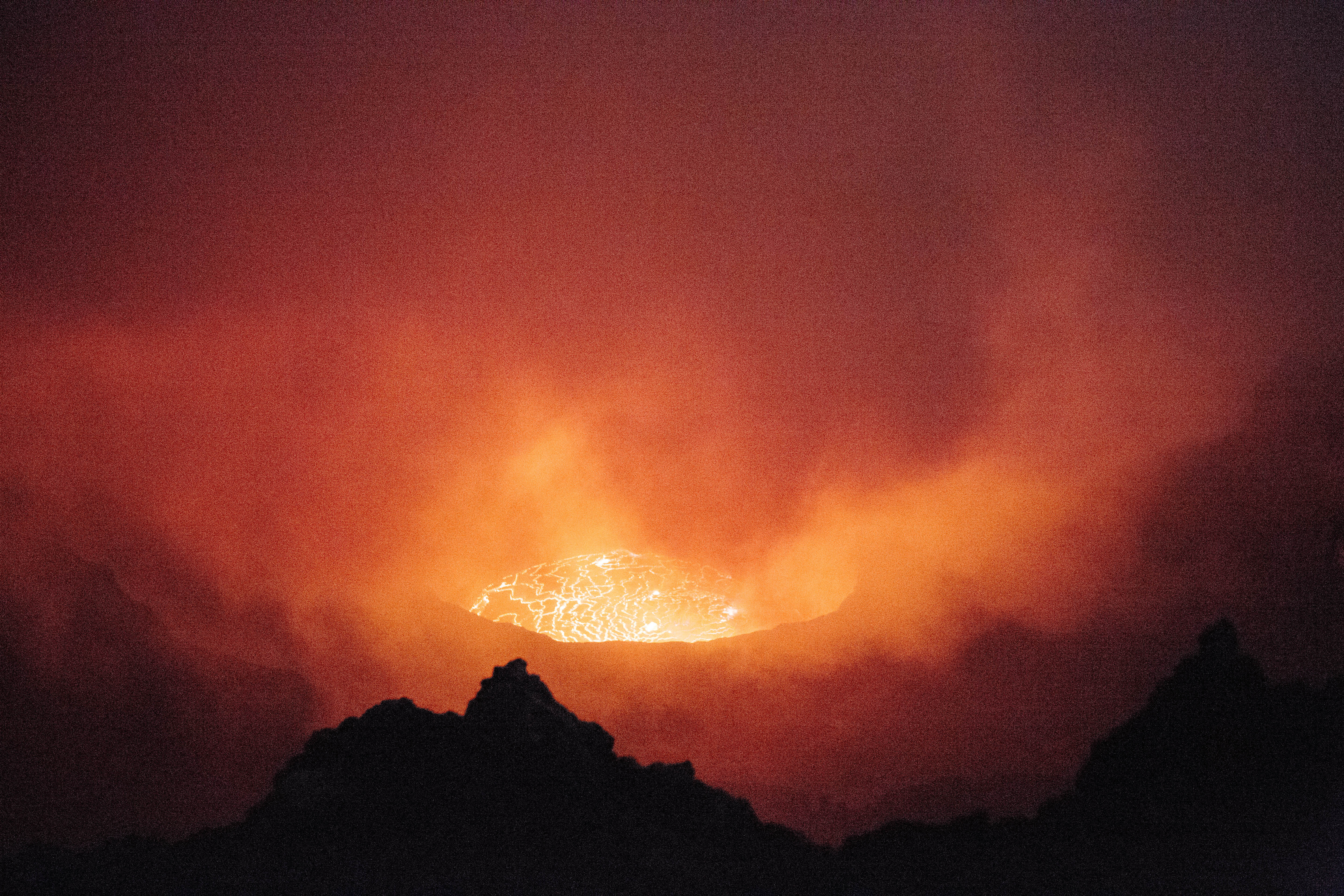 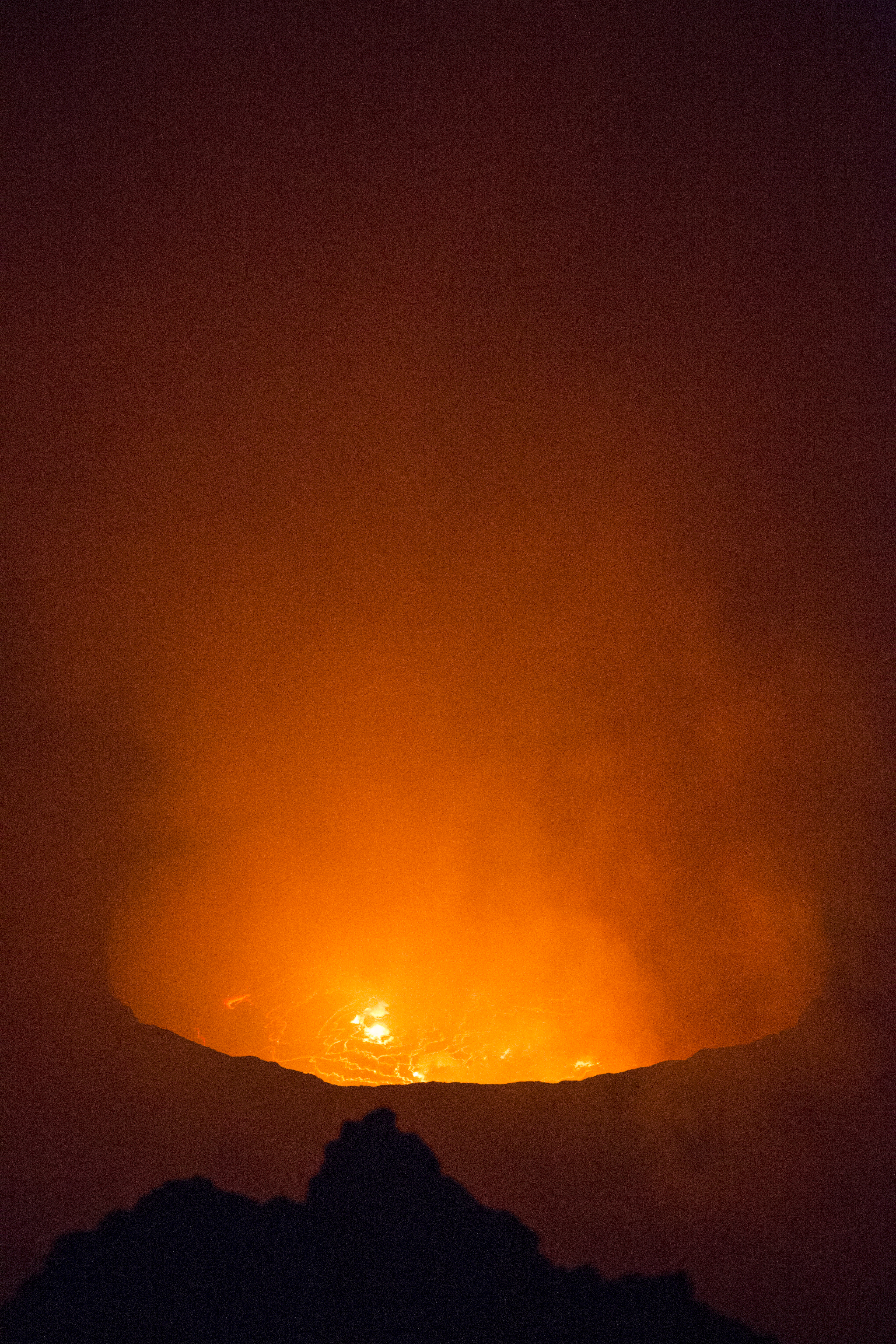 After admiring the lava lake until we couldn’t stand the cold anymore, we walked to our shelters for the night and huddled around a fire with hot noodles and red wine. Shortly after, exhaustion took over and I climbed into my sleeping bag, still not entirely believing that I was on the top of an active volcano.

Stunning! I would have such a hard time falling asleep knowing I was right beside an active volcano!!

Thanks, Janis! I thought I would have a hard time too. But between the low oxygen levels and sheer exhaustion from the hike, I was OUT. :)